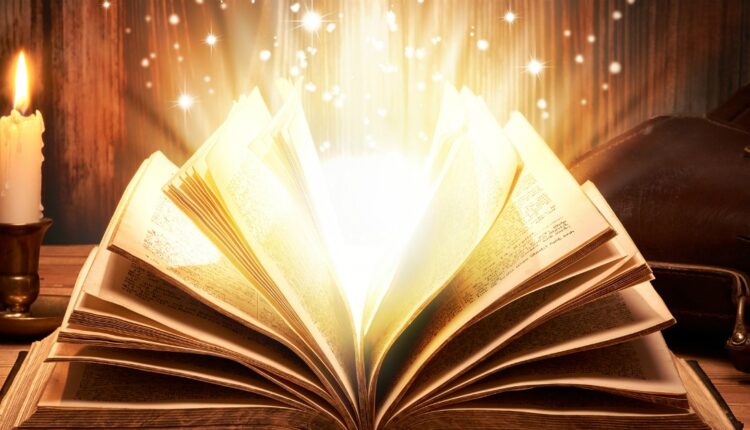 The Bible is not made up of a single book, but from an entire library of 66 books of different genres, written over many centuries by numerous authors. There are entire volumes of history in the Bible, chronicle, non-fiction, technique, controversy, didactics, religion, prayers, stories and poems.

the Bible (from gr. ta bible, that is “The books”) it is divided into two historical and thematic sections: the Old Testament (“the library of antiquity”, that is, the story of the creation of the world and the tormented relationship between God and humanity, as well as the prediction of the advent of Jesus Christ) and the New Testament (“the library of Christianity”, containing documents relating to life, the death, the resurrection and the teachings of Jesus, as well as hints on the preaching of the apostles and the birth of the church).

The Old Testament is composed of 39 books. It is considered sacred by both Jews and Christians. The term “Will” it means “alliance, pact”. This is how the Bible presents the relationship between God and man

Historical and archaeological researches show that the books were composed between the 15th and 2nd 5th centuries BC. The original manuscripts were written predominantly in Hebrew, with the exception of some documents that have come down to us in Aramaic.

The Old Testament narrates the creation of the world, at birth and the history of the Jewish people. Many extraordinary stories are contained there: that of Abraham, father of all believers, that of Noah and the universal flood, that of Moses and the Ten Commandments, that of Samson and his superhuman strength, that of David and Goliath, that of the wisdom and delta fall of King Solomon… stories of kings and queens, of deportations, of joys and sufferings.

But, in addition to these tales, the Old Testament also illustrates the relationship that God wanted to establish with humanity and the consequences of the latter's rebellion to the divine plan, which began with the transgression of the first man and the first woman. Along the path traced by these texts, sometimes complex, God and man will try to find each other. Despite the efforts, the rules established and the commandments given, the relationship between God and man is always imperfect: man - the creature – he is unable to remain faithful to his Creator.

And here is some prophets, like Isaiah, already from the Old Testament, they began to announce the coming of the Messiah, a reconciler

The New Testament consists of 27 books written during the first century of our era by different authors, some of whom were witnesses of the life of Christ.

The New Testament is linked to the Old Testament by coming of the Messiah, Jesus, prophesied, awaited and invoked in the latter. This section of the Bible narrates his extraordinary life and expounds his universal message, that the disciples of Jesus will then spread throughout the world.

Four witnesses (Matteo, Marco, Luca and Giovanni) they tell, from four different perspectives, the life of Jesus, his teachings, its miracles, his death on the cross and his resurrection. Such facts are enshrined in the Gospels (that gr. euanghélion, 'good news”). Subsequent books tell of how the disciples experienced the death of their master, his resurrection and his ascension to heaven; the beginnings of the church, the persecutions, the difficulties and the way in which the good news then quickly spread throughout the Roman Empire.

Which is quite unusual, most of these books are made up of letters, letters written by the disciples of Jesus Christ to individual recipients or to entire communities to encourage each other, to correct themselves or to instruct the first Christians belonging to the nascent church.

The New Testament ends with the Apocalypse, the revelation of future events, a real final chapter in the history of humanity, who, however, gives a glimpse of a glimpse of eternity.

The theater of the facts narrated in the Bible

The narration of the first book, (to Genesis, starts in Iraq, moves to Syria, it lingers in Israel and ends in Egypt. The history of the Jewish people takes place mainly in Israel, but it also contains a past in Babylon (present-day Iraq) and in Egypt.

Regarding the New Testament scenario, events lead the first Christians - by land and sea - through Lebanon and to Syria, Cyprus and Malta, Turkey, Greece, up to Rome.

The transmission of the texts

The invention of movable type printing dates back only to the mid-fifteenth century, thanks to the happy intuition of the German Johann Gutenberg, who made use of it, in the first place, for the dissemination of the Bible. Before then, the dissemination of all the works of antiquity was only possible thanks to the meticulous and tireless work of the copyists, who transcribed the books by hand (“manuscripts”).

The Ten Commandments in the Bible

8 March 2015
The Catholics talking about the fact that not even the Jews recognize their seven books that they have inserted in the Old Testament, they say: Possible that the brothers separated (Protestants) do not surrender…

29 August 2015
The Bible is not made up of a single book, but from an entire library of 66 books of different genres, written over many centuries by numerous authors. In the Bible there are entire volumes of…
Prev Next 1 of 28

You have the Bible as Protestant idol

You Protestants are not the true church

22 May 2015
How to Please a Protestant? Are the same prayers, other than those of Mary or are different? And how? The Bible says: "When you pray, do not be like the hypocrites; because they love…