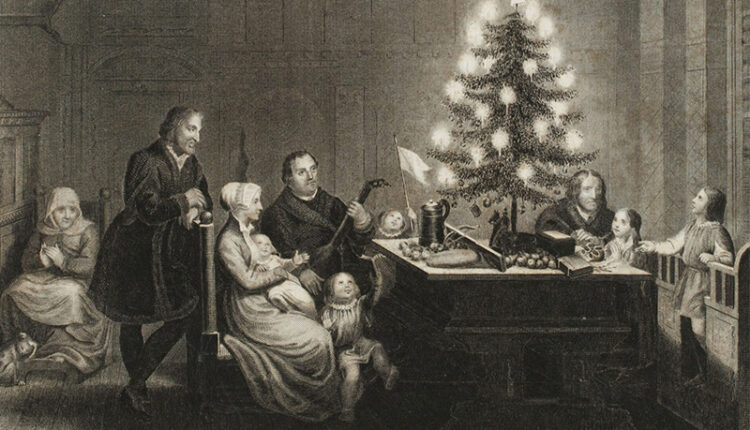 Christians can celebrate Christmas, new year and birthdays? There are links with paganism? What did Paul really mean when he said not to observe particular days, weeks, months or years?

You observe days, months, seasons and years! I fear I have labored in vain for you. Be as I am, brothers, please, because I too am like you. (Galati 4:10-12)

Paul was instructing the Galatians not to engage in false religious practices. But since he did not identify these practices in particular, it seems logical to conclude that he was talking about the Hebrew calendar. after all, the Galatians do not appear to have been idolaters, but Judaizers - that is, who sought to pursue justice and salvation by the works of the Law (Gal 1,6-7; 2:4,14-16,21; 03:01 -14; 4:21-26, 5:1-4). If the Galatians were truly involved in idolatrous practices with false gods, Paul would certainly have approached the matter directly and forcefully, as it always has done in these cases. But since he didn't, it seems right and correct to assume that the Galatians followed the Jewish religious calendar, as if, being part of the law, it was a means to justice and salvation. This also appears to have been the case with Colossesi 2:16, which explicitly mentions Saturdays. Paul does not seem to have contested the respect for the Jewish calendar, when its dates have been correctly observed as events, but not for salvation (proceedings 20:16;. 1 Cor 9:20). This means that you can respect the holidays if you want but you must not believe that this is a means of grace and salvation.

Christmas, New Year, birthdays are part of the Jewish calendar, but Paul's teaching does not concern these holidays. There is nothing particularly pagan about these celebrations. Originally, some practices, like the Christmas trees, they may have had pagan connotations. Some argue, eg, that Christmas trees were initially included in Christmas celebrations after a concession made by the medieval church to pagans converts to Christianity in Europe. It is claimed that the pagans had their own winter festival and that this involved the trees (for example, trees were sacred to the druids). However, there is little in support of this type of theory. Anyhow, Christmas trees have no pagan connotations – they are simply fun decorations made by people for the Christmas period.

Christmas in itself, naturally, it is the celebration of the birthday of Christ (even if we don't know on what day Christ was born), and this obviously has no intrinsic pagan connotation. It is a celebration of the life of Christ, of God's gift of the Savior of the world. Holidays and celebrations to thank God for his special gifts and providence are not alone biblically acceptable, but they were actually celebrated in the Old Testament (Exodus 23:14-16). Some argue that the coincidence of the date of Christmas with the pagan festival of the winter solstice throws a bad light on Christmas, but in reality no pagan festival can contaminate this date which simply wants to celebrate a Christian event, the most important together with the Easter of the resurrection. The date doesn't matter, but what is celebrated.

New Year he is not particularly Christian, but it is not even pagan. It is simply the celebration of the end of an old year and the dawn of a new year. Where would the evil be? I birthdays, same thing, they are simply aimed at rejoicing in the completion of another year of our life and the beginning of a new one. There is no pagan connotation ever associated with birthdays. Even if somewhere it turns out that the pagans celebrated birthdays this does not mean that these celebrations are anti-Biblical if the Scripture does not forbid them..

Christians can make the Christmas tree and the nativity scene?

Of course, as explained above, the Christmas tree itself is not pagan, there is nothing pagan in putting balls and lights on the tree, fake or true that it is (I recommend the fake one for an ecological question). Maybe we want to take this joy away from our children? Perhaps we become pagans for "two balls" hanging from a tree? We do like Jehovah's Witnesses that, apart from this, they don't even allow you to celebrate birthdays? Why do we reflect, even making a decorated cake might seem pagan to those with paganism in mind 24 hours on 24 and a great desire to criticize and point out others as "pagans". Idolatry is in people's hearts, not in the tree balls and in the lights. Making the Christmas tree has more joys than not. The decorations are not anti-Christian!

And the crib? This is the sore point of the evangelicals: since the second commandment forbids the use of images, then the representation of the nativity is pagan.

Exodus 20:4 Don't make yourself sculpture, nor any image of the things that are in heaven above or on earth below or in the waters under the earth.

But then it also explains why:

Deuteronomy 5:9 Do not bow down to them and do not serve them, why me, the Sir, your God, I am a jealous God; I punish the iniquity of fathers over their children up to the third and fourth generation of those who hate me.

And here he explains even more explicitly (use so that) that the reason we don't have to imagine ourselves is because we then feel compelled to offer them a cult:

As you saw no figure on the day the LORD spoke to you in Horeb from the fire, take good care of yourself, so that you do not become corrupted and don't make any sculptures, the representation of some idol, the figure of a man or a woman, the figure of one of the animals of the earth, the figure of a bird flying in the skies, the figure of a beast crawling on the ground, the figure of a fish that lives in the waters under the earth; and also so that, looking up at the sky and seeing the sun, the moon, the stars, all the celestial army, you do not feel attracted to prostrate yourself before those things and to offer them a worship, for those are the things that the LORD, your God, he left for all peoples who are under all heavens. (Deuteronomy 4:15-19)

The reason why we don't have to build images is because we don't want to kneel in front of them, serve them, pay tribute, venerate, etc. Here is the commandment! This doesn't mean we can't have images, we cannot have them only if we make them sacred, but we can have as many representative images as we want. We believe perhaps the Jews, who respect the law most of all, we never make drawings or paintings? They do too.

Second, the representation of the nativity also has one didactic purpose, as well as decorating the house. Let's think about the children, they learn in pictures (but also us adults): the nativity scene can only do them good and they can learn the story of Jesus. Same thing goes for picture Bibles for children, the drawings, sacred art, etc. We want to destroy Michelangelo's piety? Or all the paintings and works of art that have Christianity as their object? What would the nativity scene be different?? The problem is that many evangelicals have it to death with Catholics and trace the crib to the Catholic tradition, which of course it is, but it is not certain that what comes from Catholicism is all negative. Icons are useful. Then worship the statuette, kiss her, is something else, and this happens in the Catholic sphere unfortunately. This is why it is recommended not to have icons lying around the house. But a Christian need not fear, must know what is right and wrong, without fear of falling into idolatry, because if he behaves like this it means that he is not sure of his faith and of Jesus. We can take the good from everywhere, keeping only the good and leaving the evil aside.

The important thing to remember is that no celebration should involve anti-Biblical and anti-Christian elements. When celebrations have elements that go against Scripture, they are wrong and we must not follow them. Let's take the Halloween party for example, clearly pagan, or that of the Immaculate Conception, of the goddess, where his statue is venerated and made a cult. But when Christians don't go against God's Word, they are free to celebrate.

Here's what the Confession of Helvetic faith of the 1566, catechism to which historical Protestants believe (cap. XXIV)

Feasts of Christ and the saints. Furthermore, we gladly approve that churches celebrate religiously, with fear of God and respect, the memory of the nativity of the Lord, of her circumcision, passion and resurrection, as well as his ascension and the sending of the Holy Spirit to the apostles. But we do not at all approve the feasts instituted in honor of men and saints. No doubt, feasts belong to the first Table of the law and are to be celebrated solely in honor of God. The feasts established in honor of the saints and abolished by us also present several absurd things, useless and intolerable. however, we confess that it is not without fruit that, at time and at place, is recommended to the people, in sermons and public sermons, the memory of the saints and that their example is proposed to imitation.

What do we respond to those who accuse us of adhering to a pagan holiday?

In addition, what Scripture says about it?

Arguing for such nonsense is going against God's will, which authorizes us to want to consider one day more important than others or all days the same, based on our way of wanting to live and think! Plus, we bear bad witness and cause the Creator to feel sorry for useless disputes.

One important thing is though, it Christmas spirit: we must not exceed with consumerism, expenses (all this then becomes paganoi), but you have to stay sober, as all Christians should be, get together as a family, go to the church, pray for the less fortunate (something we should do every day of the year), giving charity and helping others. Remember what Jesus did in our life when he saved us, perhaps following the notes of the famous song gospel Oh Happy Day, that many use for the New Year ignoring its meaning, but which is actually a song about Jesus "Oh happy day ... when Jesus washed my sins away" (O happy day when Jesus washed away my sins). Christmas songs are also welcome!

31 August 2015
Giovanni Luzzi (1856-1948), originally from Engadine, professor of theology at the Waldensian Faculty of Theology, Bible translator, ecumenist, carried out the daring undertaking of translating e…

30 August 2015
The Alexandria code or code to contain AT and NT with gaps. In the NT the Gospel of Matthew was almost completely lost. The manuscript is of varied quality, depending on the books, that they were…
Prev Next 1 of 28