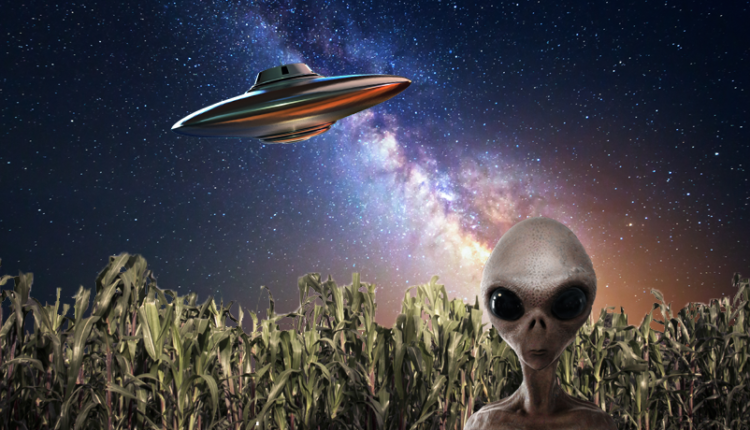 Nowadays television broadcasts do nothing but talk about it. Let's think about "Mystery", the transmission that does a lot audience and deals with ghosts, aliens and alleged abductions and paranormal. People are thirsty for knowledge and it is inherent in the nature of man to know the beyond. It is natural to be touched by these things, especially if you don't have a true Christian faith rooted within.

What the Bible says about UFOs and aliens?

Aliens are just a deceptive manifestation of what the Bible calls fallen angels e demons. And they can take physical and material form and deceive since Genesis, and how they did it then in history with men, they still do today. “As it was in the days of Noah, so it will be in the days of the coming of the Son of man” the Bible says.

There are people who have collaborated with these demons, not knowing the true nature of these contacts. They don't know what's behind it, and they believe they are indeed evolved beings from other planets. They probably regard them as what they say they are.

Demons and fallen angels operate in another dimension parallel to ours, but they are able to enter our dimension, under certain circumstances.

What's wrong with believing in aliens? Because all this distracts from the Christian faith?

Why the Bible, God's Word, does not talk about it. God created the universe and the earth for man. He did not make several races, but only the man. And not only does he not talk about it, but he claims that everything paranormal happens on this world, from contacts with the dead, to the apparitions of ghosts and the Virgin Mary, up to contact with aliens, it is all a deception of the devil and his servants, who knows how to disguise himself and deceive us. This is his task, he did it in the garden of Eden with Adam and Eve, promising well but bringing them only to ruin with the fall, and continues to do so today. The prince of this world, this is the name that Jesus Christ gave to Satan, it is the only one, besides God, to be able to get in touch with us in this earthly life.

So, as the Bible says, the devil can disguise himself:

No wonder it is, for Satan himself is transformed into an angel of light. It is not surprising, then, if his servants masquerade as servants of righteousness; their end will be according to their works. 2Corinthians 11:14.15

And Jesus, before going he said he would no longer show signs and do wonders, leaving the world to the devil:

I will not talk with you much, for the prince of this world. (Giovanni 14:30)

Furthermore, in the context of UFO cults it is stated that our life originated from the DNA that these aliens would have sown on our planets, and we can only be rescued by these technologically and spiritually superior beings. All this replaces God of Creation and the Son Jesus Christ, the only one able to give salvation. This is why Christianity and ufology cannot go hand in hand.

Alien technology was developed by humans, perhaps with some help from these fallen angels.

Final thoughts on aliens, which suggest that they are of demonic matrix:

I also speak from experience. I was in UFO cults for several years before my conversion. I could write a book about everything I know. I participated in the best international UFO conferences and met the "greats" of the environment such as Adriano Forgione (which is often seen in the show "Mystery"), the American Paola Harris and Maurizio Baiata, at the time director of a famous UFO magazine.

Aliens are nothing more than demonic manifestations ready to distance us from God to make us lose salvation in Christ Jesus. Truth is in Christ, others are false doctrines.

Jesus said to him: "I am the way, the truth and the life; no one comes to the Father except through me. Giovanni 14:6

The Bible also warns us not to be fooled by the philosophies of this world, because it is the enemy that hides behind you. It is God himself who sends this power of error.

See that no one makes you his prey with philosophy and vain deceptions according to the tradition of men and the elements of the world and not according to Christ; because in him bodily dwells all the fullness of Deity; and you have everything fully in him, who is the head of every principality and every power; Colossesi 2:8-10

The coming of the lawless one will be, after the working of Satan, with all sorts of miracles, and signs and lying wonders, with all kinds of deception and unrighteousness in them that perish; because they received not the love of the truth to be saved. Therefore God shall send them strong delusion, that they should believe a lie; so that all those who believed not the truth, but had pleasure in unrighteousness, they are judged. 2Tessalonicesi 2:9-12

The Law of Forgiveness

22 November 2012
What does the Bible say about the end of the world? We should believe these prophecies? Heaven and earth will pass away, but my words will not pass. As for that day and hour, nobody knows them,…