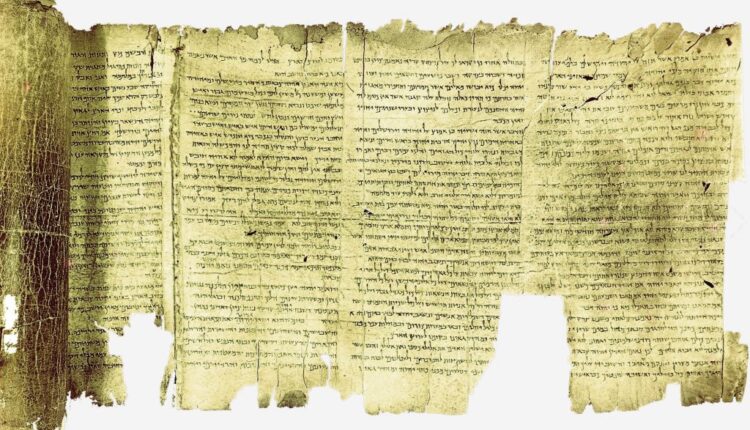 The comparison of manuscripts and ancient versions shows us that the text of the Bible, transcription transcript, It has come down to us substantially intact, but with numerous accidental variations; precisely to evaluate these variants and arrive at the critical text, it is necessary to know the history of the transmission of the text.

At a first stage, which we can call free transcription, follow, starting from the first century. d. C., a stage of unification of the text. The scribes chose the specimens they considered best, they eventually made comparisons and obtained a definitive text, which they endeavored to copy with the utmost fidelity, by making all the other copies that do not conform to the text thus established disappear.

Around the text of the scribes, who had already divided the books into verses and counted them, a whole complex tradition was formed (in Hebrew masôr? ) on how to read the text, which was of consonants only. I Masoreti, that is, the specialists of that reading, between the sixth and tenth century. d. C., they set down this tradition in writing and first invented different systems of indicating, through dots and small marks, the vowels and accents of the words, leaving their consonant spelling intact.

Thus arose the Masoretic text , which is found in the common editions of the Hebrew Bible.

The Vatican Code or Code B

30 August 2015
The Vatican Code, Parchment is a code and is so named because, since 1475, It appears in the catalog of the Vatican Library (with the number 1209). Scholars think the place of…

Why is it necessary to be baptized?

19 January 2015
In today's society, marriage is still important? Unlike centuries ago, a couple today can live together without getting married. But what are they missing? Marriage is even more important…