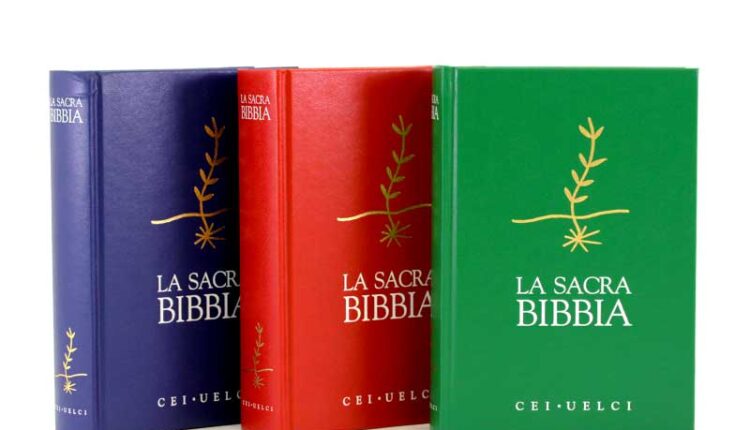 It is translated from the original Hebrew texts, Aramaic and Greek. For the Old Testament, the translation is made from the Masoretic text, but when this presents insurmountable difficulties, other Hebrew manuscripts were used (and gives. those of Qumran) or to ancient versions, mainly the Greek ones, Syrian and Latin. For the Greek books of the Old Testament (“deuterocanonici”) and for the New Testament, the Greek text is used as established by the scholars of textual criticism towards the 1960. When the manuscript tradition offers different possibilities for the same text, the safest lesson is chosen, but the variants of a certain importance or considered probable are reported in the note.

In the transcription of proper names, the translators have tried to reproduce as exactly as possible the form and pronunciation of the same in Hebrew and Greek, but for those that have come into current use they have kept the Italianized form by now traditional and familiar to the faithful.

It is a translation prepared according to the directives given by the CEI in 1965: fidelity to the original text, theological accuracy, euphony of the phrase and care of the rhythm. Uses the Italian literary language of the second half of the twentieth century. It was first published in 1971 and was chosen as the official and liturgical version of the Italian Catholic Church. The New Testament was recently revised in a new edition (1997). A further review is in progress and its final publication is expected, together with the new edition of the Old Testament.

Nobody believes in the myth of the ape-man anymore. Scientists first. Why then insist?

31 August 2015
Reformed theology (Calvinism) which we wish to continue to carry forward today as the most genuine expression in the biblical and Protestant faith, it includes among its most significant theologians…
Prev Next 1 of 28

2 December 2015
The Christian's loneliness has its origin in walking with God in a wicked and unbelieving world. The Christian usually feels alone and marginalized in a world to which he does not…