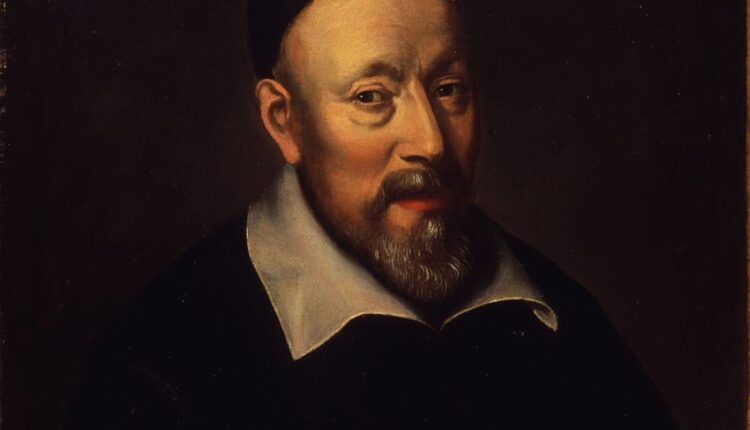 Reformed theology (Calvinism) which we wish to continue to carry forward today as the most genuine expression in the biblical and Protestant faith, it includes an Italian among its most significant theologians: Giovanni Diodati (1576-1649).

Well known because its name is inextricably linked to a classic translation of the Bible into Italian, however, he is less known as an exponent of classical Calvinism, and as a direct successor, with Benedetto Turrettini, in Geneva, by Giovanni Calvino himself. Today, therefore, I would like to celebrate his memory and recover, even with a certain pride, the significant influence that Italy has had on Protestantism. The translation of the Diodati shares the fame obtained by the English authorized version of the King James (King James), as a 17th century translation still in use in the 20th century. He managed to create the standard for the Bible of Italian Protestantism.

The Italian translation of the Bible by Giovanni Diodati has remained as a perennial memorial to its translator. E’ survived on two levels. He first held academic respect for the linguistic abilities of the Diodati. Although with several fixes, it has retained its responsible and accurate translation post, a fact that led to its acceptance by the major Protestant Churches, and its diffusion by the Biblical Societies. This propagation of the Diodati Bible has at times been accompanied by a number of criticisms from various sources, especially Catholic, but this has not prevented the Bible from retaining its position as the most influential version of the Scriptures in Italian. Secondly, Diodati's translation of the Italian Bible has remained acceptable both from a literary and academic point of view.. In a sense, the Italian Bible of the Diodati was an even more remarkable feat than the English Authorized Version, because the latter was the result of the work of a group of scholars, while Diodati had worked alone, with the exception perhaps of the assistance of Benedetto Turrettini, and for producing a complete annotated version of the Bible in 1607 when he was alone 31 years. His notes reveal a pietistic and non-dogmatic accent that was at least fifty years in advance with the major intellectual developments of the Reformed Churches.

The first complete edition, in fourth, of the Bible in Italian with annotations was published in 1607 come “the Bible, that is, the books of the old and the new testament, again translated into Italian, by Giovanni Diodati, by nation lucchese” and a New Testament, without annotations, appeared in 1608. Translates from the original languages, while keeping an eye on the version of Massimo Teofilo, because it too depends on the original languages. It just appeared, the version that Diodati had published at his own expense had cost him 14 years of arduous care, and immediately received the praise of the most learned men of the time, and even those who judged it severely had to recognize that Diodati had done a valuable work.

These were followed almost thirty years later by a second edition improved over the years 1640/41. This monumental work provided Italian Protestantism with its official standard version of the Bible. The merit of the Diodati was to produce, him alone, one of the major bibles of European Protestantism, to be put on the level of Luther's German Bible and the English one authorized by King James.

Features. However, a harsh critic of his Bible had stated: “The method followed in the version is more that of a theologian and preacher than that of a learned critic. Above all, he sought the truth meant, removing what was ambiguous to him, then he places words in the text that do not appear in the original, but which render true signification, words that are rightly printed in different characters to show how they have been added to make it more intelligible, but they are not an obstacle to the meaning of the text. Nevertheless, it must be confessed that, in many places, he explains much more clearly than other translators, but this does not excuse the great freedom that is sometimes taken in translation”. The excellent characters that distinguished the version of the Diodati were therefore many, fidelity in the first place, essential quality for interpreting the sacred text; secondly, clarity, due to the integrity of the terms used by the translator and the paraphrases that, although much criticized, they are no less useful for the meaning of the biblical sense; thirdly, the theological value of the notes and comments accompanying the version, which testify to a profound knowledge of ancient languages ​​and a complete understanding of the Scriptures; and finally great elegance of style.

30 August 2015
Dated to the mid-fourth century, cataloged with the first letter of the Hebrew alphabet (aleph), originally it contained, both the New and the Old Testament, together with the letters of Barnabas and the Shepherd…
Prev Next 1 of 28

References in the New Testament Deuterocanonical?

1 December 2015
Can God truly condemn a born human being "different" for nature? Homosexuality is condemned by Christians ... but how can one blame a person born like this by nature? It's like condemning…