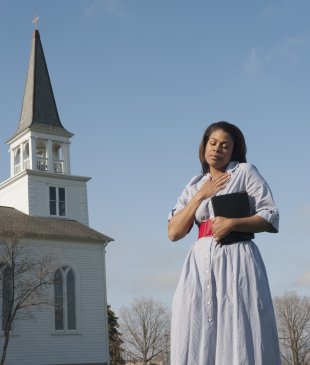 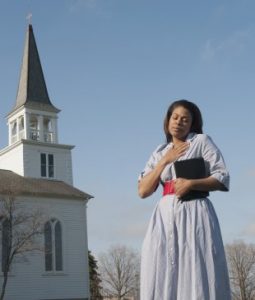 Preach and evangelize are exactly the same thing: when predichiamo, preach the message of the Gospel and when we evangelise we do the same thing. But you hear that some woman can yes evangelize, but can not preach, why would preach a shepherd. But the shepherd is quite another: He is the minister of worship that leads the church, which organizes the meeting and takes care of the church members who need, advising and comforting them. Instead preaching is just preaching, do a sermon or teaching.

There is not a single passage of scripture that forbids women to preach, but, Unlike, There are many ways that encourage men and women to preach the Gospel.

The Bible teaches that God makes no distinctions and does not show favoritism, and everyone wants to use to spread the Christian message, regardless of race, age or sex.

then Peter, beginning to talk, said: "In truth I perceive that God does not show favoritism (proceedings 10:34)

But Moses said to him,: "Are you jealous for me? Oh, be it all prophets the LORD'S people, and that the LORD would put on them my spirit!» (Numbers 11:29)

God's purpose is to use the most "workers" possible for evangelization. Prohibit the preaching of the Gospel to women is a trick of the enemy to try to put to silence thousands of faithful, just because they were born as women. The purpose of Satan, and to, It is to turn people away from God's Word, It is not to convert to Christ and to leave as much people as possible in disbelief and, if not possible, doctrinal error.

The commission given in the Gospels in Marco 16:15 “Go ye into all the world, preach the gospel to every creature” is for ALL believers, and for the entire Church of Jesus Christ. The command of “preach the Gospel” It addressed to both males and females.

It is an undeniable fact that God has called thousands of women to preach the Gospel. There are hundreds of organizations worldwide Christian churches that have ordained women to the preaching, teaching, evangelization and pastorate, and running their vocation admirably. God uses them for the salvation of the lost, deliverance from sin and spiritual gifts.

“Touch not mine anointed, and do my prophets harm”.

And it reminds us in proceedings 5:39:

“but if it be of God, you can not destroy them, if ye be found even to fight against God "".

The Bible says that women are prophesying: 1 Cor. 11:5, “But every woman who prays or prophesies….”

The dictionary says that Hoepli "prophesy" means “talk inspired by the gods”. So we learn that prophesy means more than predict the future, but it is publicly speak of the past, present or future. It preaches under the anointing of the Holy Spirit.

The Old and New Testaments, the prophets and prophetesses were preachers of God's Word.

Although the words prophet and preacher could be separated, as some might say that the prophet does not speak for itself, but is inspired by the Holy Spirit while the preacher speaks and teaches self. But there is no difference, a fortiori, prophesying is greater than preach and this is also granted to women. How do I say that it is forbidden for women to speak in church where they may prophesy publicly? There are logical and consistent explanations of Scripture passages that would seem to command women to be submissive and silent.. If the steps where this prohibition comes out were a universal teaching applicable to all women of God, instead of a temporal teaching given in the past to a particular church where there was chaos and it was necessary to put order, then the verses of the Pauline Epistles, they would be in opposition to each other.

God would not have allowed women of the early church to have gifts of the Spirit, such as prophesying and speaking in tongues, if you speak in public assembly he had been sin in his eyes. Or we are we to say that God is contradictory and absurd claims?

God called and used women preachers in the Old Testament:

God called and used women preachers in the New Testament:

There is no reason why the sound of a woman or a man should not preach the Gospel. There is a desperate need for the church to a greater number of servants and ministers. The laborers are few, and God uses all those who will be for him. Some say that God does not allow a woman to preach, because “The woman was tricked”, but let's remember Romans 5:12:

“therefore, as by one man sin he entered into the world.”

It seems to indicate that Adam was just as Eva guilty and complicit to the fall of man.

1 Corinthians 14: 34-35 we find nothing about women preachers. If Paul had pronounced this verse as a general and universal rule to prevent all women from speaking in church, they could not even teach Sunday school, witness, pray, profetizzare, sing, and even be saved, and all this would be contrary to the rest of the Bible (proceedings 2:4; proceedings 2:16-18).

Paul was rather facing a particular problem in the Corinthian church. Women were not educated and cultured as they were men; therefore, Women should not have to continually talk to their husbands in the church asking for explanations on preaching. Indeed, Paul says:

“If you want to learn something, let them ask their husbands at home; for it is disgraceful for a woman to speak in church”.

If they wanted to talk to him they could do at home asking for explanations to husbands who certainly knew more than them. This rule is still useful for the Church today, where people speak and cause confusion during worship. They should not speak in church, but after the Christian service. In this way they would not have stopped the meeting.

If a woman could never speak in the, He could not even talk during the prayer meetings, services to young people, etc, you little 'perhaps deny that the Sunday School, house churches, prayer meetings are part of the Church? Christ's Church is not a building, but rather is where "two or three are gathered in his name" (Matteo 18:20), be it on a street, in a tent, a house, church, in the classroom or anywhere else.

1 Timoteo 2:12 it is not a general rule for all women of all churches. If so, then the woman could not speak and explain the gospel message to a brother, an husband, a friend, etc, because men, according to the same verse that tells them not to teach men and to remain silent.

If all women had to remain silent in the church, it would have been a disobedience to God, because he couldn't even prophesy, pray, witness, sing, urge, do personal work, or even be saved.

This verse is the workhorse used by fundamentalists to oppose the pastoral care of women, even if it says nothing about preaching or about public worship or church service. But, Unlike, This verse speaks specifically of a situation that had arisen in the Church of Ephesus. This verse it still applies to us today. It's wrong for a woman to usurp the authority of her husband (in church, home, or in any other place), as was the case when he was working on Paul. You should not try to teach him things that may cause discord and confusion, but it should rather be silent and in awe of her husband.

is blameless, husband of one wife, that he has faithful children, who are not accused of debauchery or insubordination. In fact, the bishop must be blameless, as God's steward; not arrogant, not angry, not addicted to wine, not violent, not greedy for dishonest gain.

If it is so, then the bishop must also be married. Paul wasn't married either, yet he was a conductor of churches. Nor could this verse be used to prevent women from becoming bishops, because God calls actually women like Deborah to oversee the people of God. This verse says that the bishop can not be bigamist (man or woman). Moreover, the Bible often uses the masculine gender and the word “man” to include women. It was so also in our language until recently. “Though I speak with the tongues of men and of angels…” (1 Corinthians 13:1).

Condemn women preachers is a grave offense, because God has impressed his approval with his Spirit on them several times in the Old and New Testament, and who is the man who fights against the Spirit of God? O God was wrong and sinned?

The attitude of those who condemn women who preach is the result of a Biblical fundamentalism and a misinterpretation of the Scriptures, and they are more than Christians modern Pharisees, so much so that if Jesus were to be here now, he would warn them as he has done in the past.

then Peter, beginning to talk, said:

"In truth I perceive that God does not show favoritism” (proceedings 10:34).

Catholic church – There is a human in the church leadership?

13 December 2015
Preach and evangelize are exactly the same thing: when predichiamo, preach the message of the Gospel and when we evangelise we do the same thing. But we hear some say that the…