The Resurrection of Christ sight by Jehovah's Witnesses 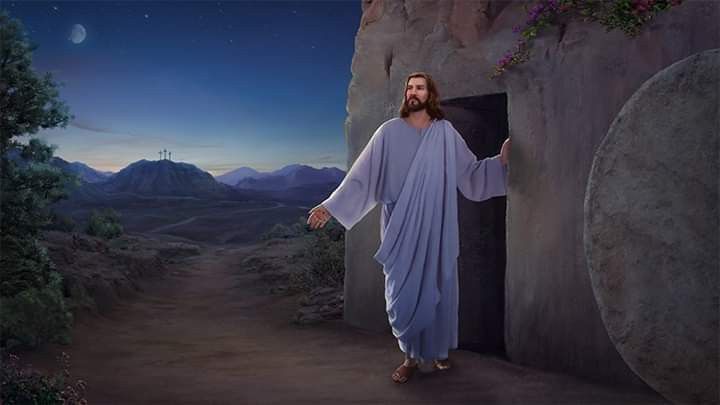 Jehovah's Witnesses deny the physical resurrection of the Lord Jesus Christ and instead claim that He was resurrected as a "divine spirit being" or as an "invisible spirit creature". They respond to the objection presented by his appearance in human form, asserting that He simply took the human forms necessary for them to see Him, as how Logos it would have been invisible to the human eye. In short, Jesus did not appear in the "same" form that hung from the wood, since "it dissolved in gas or is kept somewhere in memory of divine love".

However, the Scriptures give a completely different version which is evident as long as their testimony is taken into account. Christ himself prophesied his physical resurrection and John tells us: "He spoke of the temple of his body" (Thurs.. 2:2-1).

In Giovanni 20:25, 26 we find expressed the doubt of the disciple Thomas about the literal physical resurrection of Christ, followed by bitter repentance (v. 28) after Jesus (v. 27) had him examine her body, the same one who had been crucified and which still bore the marks of the nails and the spear.

The other disciples therefore said to him: "We have seen the Lord". But he told them: “If I don't see the nail marks in his hands, and if I don't put my finger in the nail sign and my hand in his side, I won't believe ". Eight days later, the disciples were back in the house, and Thomas was with them. Jesus came with locked doors, he stood among them and said: "Peace be with you!». Then he said to Tommaso: "Put your finger here and look at my hands, reach out also your hand and put it in my side; and don't be incredulous, but a believer ". Then Thomas answered and told him: «My Lord and my God!». Jesus said to him: «Because you saw Tommaso, you believed; blessed are those who have not seen and believed ". (Giovanni 20:25-29)

No reasonable person would say that the body of the Lord Jesus was not that of the crucifixion unless, out of ignorance or deliberately, do not deny the Word of God. It was not another body assumed for the occasion by a spiritual Christ; it was the same bodily form that had been suspended from the cross; the Lord himself, vivo and undeniably tangible, not a divine spirit creature. The Lord foresaw the unbelief of men for his physical resurrection and was explicitly concerned to say that He was not spirit but flesh and blood.:

Look at my hands and my feet, because it's me. Touch me and see, because a spirit has no flesh and bones, as you can see I have ". E, said this, he showed them his hands and feet. But because they still did not believe for joy and they were full of wonder, he told them: 'You have something to eat here?». And they gave him a piece of roasted fish and a honeycomb. And he took them and ate in their presence. Then he told them: “These are the words I used to say to you when I was still with you: that all things written about me in the law of Moses were to be fulfilled, in the prophets and psalms ". (Luca 24:39-44)

and he even went so far as to eat the same food as men to prove his identity with humanity as well as with Deity. Christ rebuked the disciples for not believing in his physical resurrection (Luca 24:2 5), which was precisely the confirmation of “His Deity, for only God could voluntarily lay down and resume life at will (Thursday 10:18).2

Among the unconnected verses that Jehovah's Witnesses use, we find the Pietro 3:18, used in defense of their doctrine of the spiritual resurrection. Peter declares that Christ was “put to death, as for meat, but quickened as to spirit ”Of course, He was quickened in spirit and by the Spirit of God, since the Spirit of God, the substance of God himself, raised Jesus from the dead, as it is written: “If the Spirit of him who raised Jesus from the dead dwells in you… » (Rom. 8:11). The meaning of the verse is therefore sufficiently clear. God did not resurrect Jesus as Spirit but with his own Spirit and this goes perfectly with what was said in Giovanni 20:27 e Luca 24:39-44 in affirming the physical resurrection of the Lord. The apostle Paul also declares, in Romans 4:24; 6:4; The Corinthians 15:15; etc. that Christ rose from the dead; he foretold the physical resurrection and the return of man. It gave, not of a "divine spiritual being" without tangible form, on the contrary, he warned that if Christ is not raised then our faith is in vain.

For us who believe in the Word of God, there is a man in glory who showed his wounds as a sign of his reality and whose question we now ask Jehovah's witnesses: “He has a flesh and blood spirit?» (and can bear the signs of the crucifixion?).

Predestination and foreknowledge of God?