The history of Israel 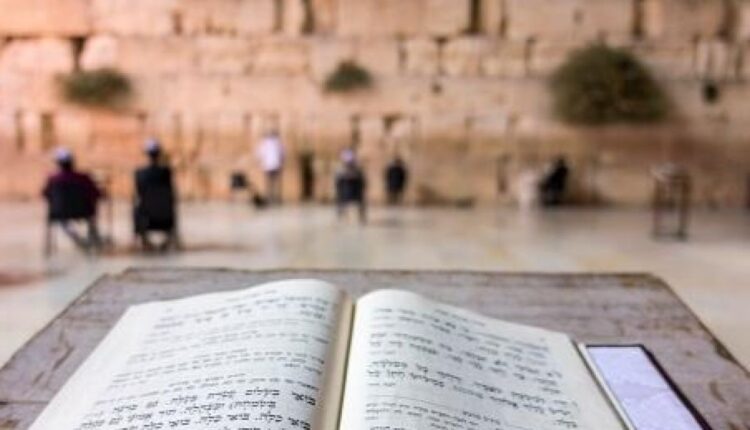 2000 aC (4000 Years ago): Jacob, son of Isaac, who was the son of Abraham, was born in the land of Canaan, which will later become Israel. Jacob has 12 sons, from which they will be born the 12 tribes of Israel.

1910 aC (3.910 Years ago): Joseph's brothers are jealous of Joseph and sell him into slavery. Joseph ends up in Egypt, where he rises to power as a trusted assistant to the pharaoh. His father and his brothers, they then leave Canaan, due to a famine, and move to Egypt.

1446 aC (3.446 Years ago): After being slaves for 400 years, the Jews led by Moses, they leave Egypt for the land of Canaan, which then becomes Israel. Moses and his fellow Jews wander the wilderness for 40 years before reaching the Canaan border.

1406 aC (3.406 Years ago): After the death of Moses, Joshua leads the Jews to Canaan and begins to conquer the land, establishes the Jewish nation of Israel for the first time in history.

1010 aC (3.010 Years ago): David becomes king of Israel in 1010 BC about and reigns for 40 years. Davide, unlike Saul, follows God's commandments. He makes mistakes, but he immediately repents. He tries to please God. Israel expands into the surrounding territory.

970 aC (2.970 Years ago): Solomon, son of David, becomes king in 970 aC circa. He reigns for approx 40 years. Solomon builds the temple in honor of God. The work is completed in about 960 aC. But, eventually Solomon turns away from God and worships false gods.

926 aC (2.926 Years ago): Shortly after the reign of Solomon, Israel becomes a divided kingdom. The kingdom of the south, called Judas, including the city of Jerusalem and the Temple. The northern kingdom that continues to be called Israel. The two often end up at war with each other.

721 aC (2.721 Years ago): The Assyrian Empire conquers the northern kingdom of Israel in 721 aC circa. The Assyrians torture and behead many. They force a lot of people (10 of thethe 12 tribes of Israel), to move away.

612 aC (2.612 Years ago): the capital of the Assyrian Empire – Ninive – it is attacked by the coalition of Babylonians, Scynthians e Medi. As explained by the prophet Nahum in the Bible, Nineveh was to be destroyed due to the Assyrian Empire’s mistreatment of Jews and others.

605 aC (2.605 Years ago): The Neo-Babylonian Empire, under the reign of King Nebuchadnezzar, tries to expand its size and Judas begins by forcing submission. Nebuchadnezzar brings many Jews as prisoners to Babylon to ensure Judah's obedience.

597 aC (2.597 Years ago): attacks by the Babylonian army on Judah taking more Jews as prisoners in Babylon. Ezekiel, one of the prisoners, becomes a prophet of God. Ezekiel explains that God is allowing Babylon to punish Judah, because people have been unfaithful to God.

586 aC (2.586 Years ago): Babylon attacks Judah again. This time, the Babylonians destroy Jerusalem and the Temple that Solomon had built. Even more Jews are captured as prisoners and taken to Babylon.

586-573 aC (2.586 Years ago): King Nebuchadnezzar attacks Tire. Babylon begins a siege of 13 years on the mainland in the Phoenician city of Tire.

539 aC (2.539 Years ago): After the death of Nebuchadnezzar, the neo-Babylonian empire begins to lose power. It was conquered in 539 BC circa by Ciro the Great. Cyrus was king of the Medo-Persian Empire.

538 aC (2.538 Years ago): Cyrus gives freedom to the Jews who return to Judah. Ciro promotes culture and religious freedom.

536 aC (2.536 Years ago): Some of the Jews in Babylon return to Judah and start working around the 536 aC, for the reconstruction of the Temple which had been destroyed by the Babylonians in 586 aC.

516 aC (2.516 Years ago): The temple is dedicated to worship, 70 years later the Babylonians had destroyed in the 586 aC. For the first time in 70 years, the Jews are able to recognize God as their ultimate ruler in a way they had been able to.

333 aC (2333 Years ago): The Greeks, under the leadership of Alexander the Great, defeat in Macedonia the Persian armies in 333 aC. This marks the end of the Persian empire, the Greek empire expands.

175 aC (2175 Years ago): Greek ruler Antiochus Epiphanes rules Syria from about 175 aC al 164 aC circa. He reigns over Judah and seeks to destroy the Jewish religion and copies of the Torah (the first five books of the modern Bible). He also contaminates the Temple.

166-63 aC (2.166 Years ago): revolt of the Maccabees paves the way for Jewish independence in Jerusalem and the surrounding area. The revolt is led by Mattatia and her five children, Judah (Judas Maccabeus), Jonathan, Simon, John and Eleazar. The era of independence has been around 166-63 aC.

63 aC (2.063 Years ago): After the death of Alexander the Great, his empire was divided among the four generals. This weakens the empire. Meanwhile, the Roman Empire is becoming more and more powerful. The Roman general named Pompey takes control of Jerusalem.

About the 5 aC (2015 Years ago): Jesus was born in the city of Bethlehem. The apostle Matthew points after the birth of Jesus' in Bethlehem fulfilled a prophecy uttered by the prophet Micah, circa 700 years ago. (cf.. Micaiah 5:2).

Circa 28 dC (1972 Years ago): Jesus is falsely accused of being an anti-government rebel. He is sent to Pontius Pilate, the Roman governor of the land of the Jews, to be crucified.

70 dC (1930 Years ago): In 70 dC, the Roman army, under Titus, destroys Jerusalem and the Temple, to suppress a Jewish revolt. According to the historian Giuseppe Flavio, were killed approx 1,1 millions of Jews. Others were taken as slaves.

135 dC (1865 Years ago): In 135 dC, and Novels, under Adriano, kill about 580.000 Jews to suppress the Bar Kochva uprising. The Romans ran a plow over Jerusalem to completely destroy the Holy City. The Romans forbade Jews from living in Jerusalem.

1291: Shot again is attacked and destroyed, this time by the Arabs. The once great city never regains its former grandeur. This corresponds to a prophecy of Ezekiel Tire that would be attacked by many nations, without ever rising to the fore again.

End of 1800: The Zionist movement gains momentum of 1800 among Jews living in Europe. They begin a mission to restore Israel’s independence.

1878: Jews begin Israel's return to ancient homeland, which at the time was called Palestine. Many Jews have returned from various Middle Eastern countries.

1896: Theodor Herzl, a journalist from Vienna, Austria, writes: “The Jewish state”. The creation of a Jewish nation is called for as a solution for the diaspora (the dispersion of Jews throughout the world) and anti-Semitism.

1897: Theodor Herzl organizes the first world Zionist congress, unifying the different Zionist groups into one movement. The meeting helped create Zionist organizations in many countries that have large Jewish populations.

1917: During the first World War, British forces defeat the Turks in Palestine and regulate the matter by means of a League of Nations mandated since 1923. Until then, the land had been controlled by the Turks (Ottoman Empire) for about 400 years.

1933 – 1944: During 1930 e 1940, Jews are persecuted by Hitler. move many to Palestine. The Holocaust – the Nazi genocide of 6 millions of Jews – international sympathy for the Zionist quest to reestablish a Jewish homeland increases.

1948 (15 May): A few hours after Israel's declaration of independence, neighboring Arab countries launch an invasion of Israel.

1949: Israel prevails in the Arab-Israeli war 1.948-9. Israeli forces recapture the oldest Jewish homeland, expanding the size of Israel by about 50 percent.

1967: During the Six Day War of 1967, Israel takes control of Jerusalem and other Old Jewish territories.

1982: Hebrew was the language of the Jewish people in Biblical times, and most of the Old Testament was written in Hebrew. The language dies out over time, but it resumed in 1900. In 1982, becomes the official language of Israel.

Abraham, the father of all peoples

Abraham, the father of all peoples

31 August 2015
It is translated from the original Hebrew texts, Aramaic and Greek. For the Old Testament, the translation is made from the Masoretic text, but when this presents insurmountable difficulties, it is done…
Prev Next 1 of 28

If not married to church I can take my stepdaughter…

25 January 2015
Jesus said that Christians are not to be divided but to form one family, we must only follow Him, nobody else, nor the apostle Paul, even though he himself followed Jesus, nor others, it…