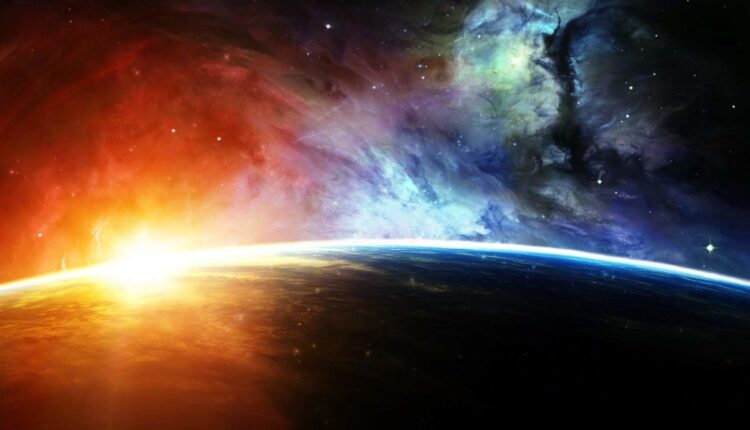 The dominant culture has placed the theme of the biological evolution of the human species on the pedestal of a great scientific truth in total contrast with faith. Let's imagine an ancestor of ours with extraordinary longevity. Instead of our hundred years, suppose it is capable of living ten thousand years. This fantastic property would allow him to observe what has happened in the world for ten thousand years to date. He could therefore study the peculiar way in which his fellow men have transformed over the various centuries. Would find, this fantastic ancestor of ours, not a few difficulties to understand what happens. And indeed, over the past ten thousand years – from the dawn of civilization to the present day – the biological evolution of the human species has done very little. Rather, absolutely nothing. Man is exactly as he was ten thousand years ago. Evolutionists say: “But this is obvious. We have always said and repeated that the typical times of human evolution are millions, tens of millions of years”. Evolutionists speak as if a million or ten million years were the result of a theoretical prediction linked to an equation. If the theory of evolution had a serious scientific basis, it should be able to predict the exact value of the times that characterize human evolution.

Proponents of the evolutionary theory of mankind have no idea how to lay its mathematical foundations. The theory of human evolution is not even at the level of the worst mathematical formulation of any theory of fundamental phenomena. Let's take for example the Quantum chromodynamics: the theory that describes the forces between quarks. It has a very precise mathematical apparatus and is able to predict many effects. However, we do not consider it a theory Galileanly verified in all its aspects. Many properties of its mathematical formulation are still poorly understood and many experimental tests have to be carried out. A comparison between this theory and the Theory of Biological Evolution of the human species is not even conceivable. Reason: the Biological Theory of the human species has no mathematical basis. Yet many arrive at the incredible presumption of classify it as an exact scientific theory, corroborated by experimental tests. question: what are the equations of this theory? Answer: they do not exist.

To better clarify the basis on which the evolutionary theory of the human species rests, it is good now to review the experimental results on which these theoretical speculations are based..

Let's just say that the Theory of Biological Evolution of the human species is not Galilean science. It claims to go far beyond the established facts. The hominoid family begins with the primitive monkey Dryopithecus, and splits into a branch (Pongidoe), leading to chimpanzees, to the gorillas, to orangutans. And in the other branch (Hominidae), which should lead to us, through the Homo Habilis sequence (stone Age), Standing man (age of fire), Homo sapiens neanderthalensis, Wisdom fine all'Homo, leading to us. However, this chain has many missing links and needs to resort to miraculous brain development. They arrived at Homo Sapiens Neanderthalensis with a brain of a higher volume than ours, the Theory of Biological Evolution of the human species tells us that, about forty thousand years ago. Homo Sapiens Neanderthalensis is inexplicably extinct. And finally appears, in an equally inexplicable way, about twenty thousand years ago, L'Homo sapiens sapiens. That is us. A theory with missing links, miraculous developments, unexplained extinctions, sudden disappearances is not Galilean science. It can, at most, be an interesting attempt to establish a direct temporal correlation between observations of obviously non-reproducible facts, objectively fragmentary and necessarily in need of further replicas…”.

Here are the three levels of scientific credibility, that will allow us to understand “to what level does the Theory of Biological Evolution of the human species belong.

The first level is that of reproducible tests: those who do not believe that the force is proportional to the acceleration could repeat Galilei's experiments. It would always find the same answer

The second level of credibility is when it is not possible to study reproducible events under direct control. Let's see it with an example. Different types of stars are observed in the cosmos. Introducing a theoretical model, those observations can be interpreted in such a way that a certain stellar phenomenon represents the example of how a star is born; another phenomenon, of how daughter-in-law. And so on. It is obvious that no one can tell: now I start all over again, to verify if it is really true that a star is born like this and evolves as expected. If any link is missing in stellar evolution, the only possibility is the search for something in the great cosmic laboratory on which man will never be able to intervene: the sky. But there is more. The models of stellar evolution could be with elements yet to be discovered. Just remember the discovery of the pulsating stars (pulsar). Before the discovery of pulsars, no one could have argued that this was a fundamental link in stellar evolution. In the sky there are several examples of stars being born and dying. Looking at identical examples of stellar evolution, it is as if the experiment were repeated. Without any possibility of direct intervention, as already mentioned.

in short, it is not Galilean science that claims to impose truths devoid of that rigor which it gave birth to, with Galilei, science... The man on the street is convinced that Charles R. Darwin proved our direct ancestry from the apes: for the dominant culture not to believe in the Evolutionary Theory of the human species is an act of grave obscurantism, comparable to stubbornly believing that it is the Sun that revolves around, with the Earth still at the center of the world. The exact opposite is true. The obscurantists are those who claim to make a theory without an elementary mathematical structure and without any Galilean-style experimental proof rise to the rank of scientific truth.. If the man of our times had a truly modern culture, he should know that evolutionary theory is not part of Galilean science. It is missing two pillars that allowed the great turning point of the sixteenth century: reproducibility and rigor.

in short, questioning the existence of God, on the basis of what evolutionists have discovered so far, it has nothing to do with science. With modern obscurantism, Yup.

The man really comes from monkeys?

31 August 2015
Giovanni Luzzi (1856-1948), originally from Engadine, professor of theology at the Waldensian Faculty of Theology, Bible translator, ecumenist, carried out the daring undertaking of translating e…

30 August 2015
The comparison of manuscripts and ancient versions shows us that the text of the Bible, transcription transcript, It has come down to us substantially intact, but with numerous variations…
Prev Next 1 of 28