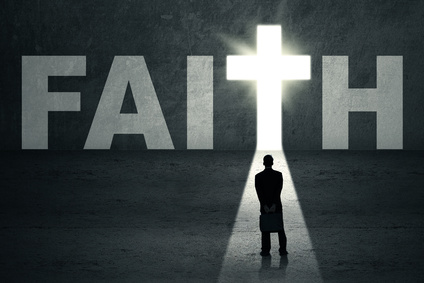 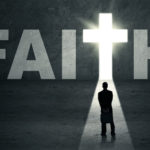 Bible verses in support of salvation by faith alone

For God so loved the world, that He gave His only begotten Son, so that whoever believes in him does not perish, but have eternal life

namely God's righteousness through faith in Jesus Christ, for all who believe – in fact there is no distinction: all have sinned and fall short of the glory of God – but they are justified freely by his grace, through the redemption that is in Christ Jesus.

God has established it as a propitiatory sacrifice through faith in his blood, to prove his justice, having used tolerance for past sins,
at the time of his divine patience; and to prove his righteousness in the present time so that he is righteous and justifies the one who has faith in Jesus.

For if Abraham had been justified by works, he would have something to brag about; but not before God; indeed, that the Scripture says? "Abraham believed in God and this was counted on him as justice". Now to those who operate, the salary is not counted as a grace, but as a debt; while to those who do not work but believe in the one who justifies the wicked, his faith is counted as justice.

then he received the sign of circumcision, as a seal of righteousness obtained by the faith he had when he was uncircumcised, so that he was the father of all the uncircumcised who believe, so that justice was also taken into account for them;

Therefore the inheritance is by faith, so that it is by grace; so that the promise is sure for all offspring; not only for what is under the law, but also for that which descends from the faith of Abraham. He is the father of us all (as it is written: "I made you the father of many nations") before him in whom he believed, It gave, that revives the dead, and calls into existence the things that are not.

Therefore justified by faith, we have peace with God through Jesus Christ, our Lord, by which we also had, for faith, access to this grace in which we are; and we glory in the hope of God's glory

So much more then, now being justified by his blood, through him we will be saved from anger. If indeed, while we were enemies, we have been reconciled to God through the death of his Son, all the more now, that we are reconciled, we will be saved by his life.

What shall we say then? We will say that of foreigners, who did not seek justice, they have achieved justice, but the justice that comes from faith; while Israel, who sought a law of justice, did not reach this law. Because? Because he sought it not by faith but by works. They bumped into the stumbling block, as written:"Here, I place a stumbling block and a stumbling block in Zion; but those who believe in him will not be disappointed ".

since Christ is the term of the law, for the justification of all who believe.

because, if with your mouth you have confessed Jesus as Lord and have believed with your heart that God raised him from the dead, you will be saved; in fact with the heart one believes to obtain justice and with the mouth one makes confession to be saved. In fact the Scripture says: “Anyone who believes in him, will not be disappointed ".

So also in the present, there is a remnant elected by grace. But if it is by grace, it is no longer for works; otherwise, grace is no longer grace.

I do not cancel the grace of God; because if justice were obtained by means of the law, Christ would therefore have died in vain.

Therefore he who administers the Spirit to you and works miracles among you, he does so by means of the works of the law or by preaching the faith? So Abraham also believed in God and this was counted on him as righteousness.

Therefore recognize that those who have faith are children of Abraham. Writing, foreseeing that God would justify strangers by faith, he foretold this good news to Abraham: "In you all nations will be blessed".

for Abraham's blessing to come upon strangers in Christ Jesus, and received, through faith, the promised Spirit.

but the Scripture has enclosed everything under sin, so that the goods promised on the basis of faith in Jesus Christ were given to believers. But before faith came, we were kept locked up in the custody of the law, waiting for the faith that was to be revealed. So the law was like a tutor to lead us to Christ, so that we were justified by faith. But now that faith has come, we are no longer under tutor; because you are all children of God through faith in Christ Jesus.

In him you too, after hearing the word of truth, the gospel of your salvation, and having believed in him, you have received the seal of the Holy Spirit that was promised

By the grace that you have been saved by faith, and that does not come from you, it is the gift of God. It is not for works so that no one can boast about it.

Rather, to be honest, I believe that everything is a damage in the face of the excellence of the knowledge of Christ Jesus, my Lord, for which I gave up everything; I consider these things as a lot of garbage in order to gain Christ and to be found in him not with my own righteousness, deriving from the law, but with that which comes through faith in Christ: the righteousness that comes from God, based on faith.

But for this I was made mercy, for Jesus Christ to demonstrate in me, first, all his patience, and I served as an example to those who later believed in him for everlasting life.

So you see that man is justified by works, and not by faith alone.

Scripture clearly teaches that we are saved only by faith. Then this verse is in contradiction with all the above verses? No, at all. Its context must be looked at. The second chapter of the book of James has 26 version: the first lines gives 1 a 7, they instruct us not to show favoritism. The verses gives 8 a 13 are the comments on the law. The verses gives 14 a 26 they are about the relationship between faith and works.

James begins this section using the example of someone who says he has faith but does not do works, “What good is it, my brothers, if anyone says he has faith, but it does not do the works? Can faith save him?” (Giacomo 2:14). In other words, James faces the question of a dead faith, which is nothing more than a word of faith without true conversion, practically a false faith of the facade. A faith that brings no change in one's life and no action. He begins with the negative aspect and demonstrates that a faith without works is empty (version 15-17, words without actions). But he means false faith, because true faith, derived from conversion will certainly bring good works and changes in the life of the believer, even if these good works will not be done to obtain salvation, as already obtained by faith, but to please God who has already saved us. In fact, James shows that this kind of false faith is not very different from the faith of the demons (verse 19). finally, gives examples of living faith which are words followed by actions. He writes about Abraham and Rahab as examples of people who manifested their faith with works.

In short, James is examining two types of faith: the one that leads to works of piety and the false one “with words” which does not act. One is true and the other is false. One is dead, the other is alive, from which it derives : “Faith without works is dead” (Giacomo 2:20).

Furthermore, it should be noted that James actually quotes this same verse that Paul uses to support the teaching of justification by faith in Rom. 4:3. Giacomo 2:23 dice, “and the Scripture it says was fulfilled: and Abraham believed in God, and it was credited to him as righteousness”. If James was trying to teach a contradictory doctrine of faith and works than other writings by other New Testament writers, he would not have used Abraham as an example.

Justification is by faith. True faith is the work of God (Giovanni 6:28-29), granted by God (Giovanni 1:29), and is concomitant with regeneration (2 Cor. 05:17), that God works in us in his will (Giovanni 1:13). The result of this justification and a regeneration, that is, the sinner is transformed and is also led to do good works. But these works are only a consequence of our leap of faith, and they are not made for themselves, to selfishly gain salvation, but to give glory to God who has given us certain selfless teachings. Even without works we are saved if we have sincere faith. Better to say: our salvation does not depend on the amount of works we do, as the Catholic faith teaches. Also because Giacomo does not dare in the least to say that if we do not do works we are no longer safe. This would be in contradiction with the rest of Scripture.

Jesus did everything we need on the cross to be saved and this salvation is sure. All we need, we have it in Jesus. All we have to do to be saved, to be justified, is to truly believe in what God has done for us, believe in Jesus on the cross, this is why the Bible says we are justified by faith (Rom. 5:1).

This justification before God will bring regeneration in the new believer (“born again”) and it will also involve good works.

The dangers of Yoga

Biblical references on Predestination and Election

God hardens the hearts of those who have hardened themselves?

23 March 2015
Throughout history the New Testament has been copied and re-copied. She has not, by chance, changes immediately? There is a distorted concept regarding the transmission of the biblical text in the…
Prev Next 1 of 28