You can try Christianity? 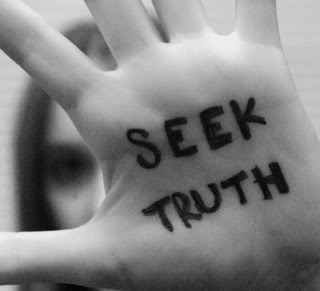 The answer to the first question is: "Yup, it can be proved that Christianity is true. " Of course, this does not mean that everyone will accept the evidence, however authoritative it may be.

The answer to the second question is NO. One cannot give perfect certainty, but it is possible to obtain a degree of knowledge, based on authoritative evidence, that puts the matter above any reasonable doubt.

This is the practice that is historically adopted in our courts. When the judges have to deliver a sentence, they decide on 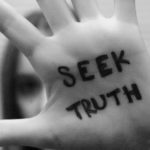 basis of the probabilities and evidence that has been presented, not on the certainty that could arise from having witnessed the crime. If the decisions of the Council Chamber were postponed until there was one hundred percent certainty, no verdict would ever be issued.

Everyone in life makes their decisions based on probability and not on absolute certainty. Indeed, our every decision is a set of faith in relation to the facts. Eg, a person about to cross the street, looks both ways to piece together the data needed to determine the odds of making that path with confidence. Yet she can never be one hundred percent sure that she will make it, because she could have a heart attack halfway through, being swallowed by an earthquake, etc. However, the lack of absolute certainty cannot keep it on the side of the road. It will be able to move to the other side, perhaps with the 90 percent security and the 10 percent of faith, but will have to cross.
Many people who seem to invoke absolute certainty in religious matters, it doesn't apply the same rule to other things. The atheist himself can never be certain of his theory that God does not exist, because to deny the existence of God it is necessary to consider the possibility of His existence. People don't refrain from making decisions, even when it cannot achieve absolute certainty. It certainly requires that the quality of evidence be high, but it will never get sure evidence al 100%.

Just as the man who crossed the road did not need one hundred percent security to take those steps, not even those who have to make the decision to believe in Jesus Christ need absolute certainty.

Christianity offers a high probability of certainty to anyone who wishes to honestly evaluate the evidence. It offers not only external verification through tests, but also the inner witness that is given by God.

It is possible to prove to those who are outside the Christian faith, that Christianity rests on solid evidence and has a high degree of probability for all its claims. But it is only when a person becomes a Christian that "security" becomes undeniable, how indisputable is the proof of your existence.

Say "I can't believe because the facts don't allow me", it's a convenient statement because the real problem lies in the following words: 'Whatever the evidence, I will not believe!»If anyone really wants to evaluate the evidence supporting the truth of Christianity, the words of Jesus are the most pertinent:

“If any of you are ready to do God's will, you will realize if what I teach you comes from God or simply from myself " (Giovanni 7:17).

Differences between Protestants and Catholics

The Christian faith is based more on emotion than on reason?

29 August 2015
The Bible is not made up of a single book, but from an entire library of 66 books of different genres, written over many centuries by numerous authors. In the Bible there are entire volumes of…

19 January 2015
In today's society, marriage is still important? Unlike centuries ago, a couple today can live together without getting married. But what are they missing? Marriage is even more important…