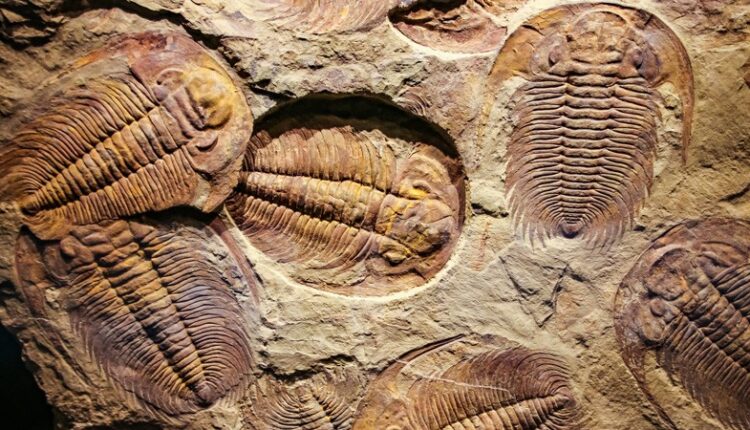 Dr. Arlton C. Murray is known for digging up fossils and burying evolution.

For most of his life he has worked at excavating fossils and preparing them for professional display. He has worked for the Smithsonian Institution and the National Park Service in Washington, DC, and for the William Penn Museum in Harrisburg, Pennsylvania. More recently he excavated a dinosaur for Liberty University’s museum in Lynchburg, Virginia. He has built up such a knowledge about fossils, and enjoys his work with them so much, that when he lectures or talks on this subject he is usually introduced as ‘Mr Fossil’.

Dr. Murray worked for 27 years with the Smithsonian Institution as a field collector and preparator of vertebrate fossils. He proudly admits to being a creationist, and even has the words ‘creation scientist’ printed on his business cards. He was once an atheist and evolutionist, but now totally rejects those former beliefs.

During Dr. Murray’s early years at the Smithsonian he was heavily indoctrinated in evolution. ‘Not being a Christian, my indoctrination in evolutionistic geology just seemed to come naturally, and like so many do, I assumed it was all true.’ He says he fell deeply into the rut of evolutionary belief and the study of ‘the age of rocks’.

At the insistence of some friends, he attended some revival meetings in a little church in Maryland. He sees this as his graduation day from death to life. ‘God reached down and lifted me from the miry clay of evolution to the glorious realm of creation science’, he says. ‘I now had met the “Rock of Ages”—and that Rock is Jesus Christ. He gave me my BA degree—Born Again.’

From that time he started to see the errors and problems with the theory of evolution that he hadn’t noticed before.

For example, he says, ‘Evolutionists assume that in each sedimentary stratum certain fossils appear to be distinctively abundant. To them, these fossils are labelled as index fossils. So they come to the conclusion that the fossils are the means of dating the rocks. But how do they know that index fossils only lived in certain ages and not in others?’ He says the answer is simply the assumption that evolution is true!

Dr. Murray also sees a major obstacle for evolutionists in the fact that the fossil record contains no indication that one type of creature has turned into a completely different type. ‘There is not a single intermediate fossil ever found’, he says. ‘All fossils that are found clearly show that each has developed “after its kind”, as the Bible tells us.’

One of Dr. Murray’s major fossil recoveries was Pennsylvania’s most complete skeleton of a mastodon—an extinct mammal something like an elephant. On a hot Friday in July of 1968, a mining company accidentally unearthed three bone fragments at Marshalls Creek in the Pocono area of Pennsylvania.

‘I was employed by the William Penn Museum at this time, in the departments of archaeology and palaeontology. So I had the honour of going to see the three bone fragments.’

Dr. Murray identified them as belonging to the left rear part of a mastodon skull. Within weeks, he was leading a crew from the museum to Marshalls Creek to excavate the rest of the skeleton. ‘It turned out to be about a 98 per cent complete mastodon skeleton, and represents the most complete skeletal recovery in the State of Pennsylvania.’

And there was more. While preparing the bones for display back at the museum, Dr. Murray found an unusual characteristic of the skeleton. ‘I discovered that this mastodon had suffered a severe case of osteomyelitis, a serious bone infection that is rather rare in vertebrate fossils.’ The mastodon soon became a highly prized exhibit in the William Penn Museum in Pennsylvania.

How his interest began

Dr. Murray says that some of the best times of his life have been out on the fossil fields. His fossil-finding goes back to when he was at a boy scout camp at Chesapeake Bay in Maryland. He was walking along the beach when he found a fairly good specimen of an extinct long-beaked porpoise (Eurhinodelphis bossi) in the cliffs. A few days later his fossil was at the Smithsonian. He was shown around the Smithsonian museum, and his fossil porpoise was given a lot of attention.

‘This is where the “fossil bug” bit me real hard’, he says. ‘The late Dr. Charles W. Gilmore graciously took me under his wing and eventually arranged for me to be employed as a preparator and field collector.’

He says there are many exciting aspects to the science of vertebrate palaeontology. ‘I find that the extensive fossil beds contain many remains of plants and animals in a perfect state of preservation, thus showing they were killed and buried suddenly by a great deluge.’

He believes an excellent example of this is in the millions of fossil fish that can be found. ‘Fossil fish are sometimes found in a very distorted position, showing instant burial and suffocation. It is exciting to uncover these relics of the Flood of Noah’s day and hold in my hand some of the remains of the flora and fauna of that time.’

One recent fossil dig he took part in was the excavation of a dinosaur in Colorado for Liberty University’s Creation Museum in Virginia. This dinosaur was the first of its kind in any creationist museum.

‘What a thrill it is for me to be out on an expedition for fossils and to see a specimen from the days of the Flood burst out of an obscure antiquity into a very lively present time.’

With more than 45 years’ experience with fossils, Dr. Murray has long been in demand as a lecturer at Christian schools, churches, and other groups. He speaks about vertebrate fossils and their relationship to creation and Noah’s Flood, and about other evidences for creation. Some of his favourite other topics are the archer-fish, which catches insects by stunning them with a jet of water forced through a hole in its mouth, and the design features of spiders.

What about those who say God could have used evolution as His method of creation?

Dr. Murray delights in the fact that his early experiences are now used to God’s honour and glory. ‘The best day in my life was my graduation day from death unto life and from “the age of rocks” to “the Rock of Ages” by the power of the God of creation.’

This website uses cookies to improve your experience. We'll assume you're ok with this, but you can opt-out if you wish. Accetta Leggi di più