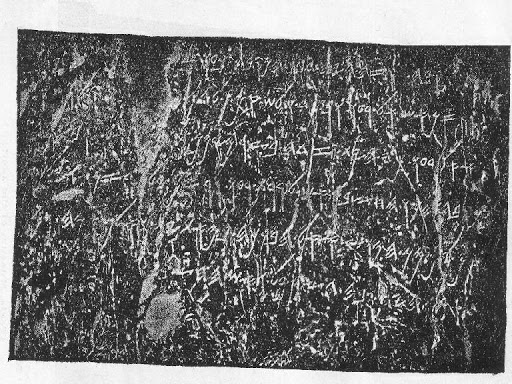 Compared to the wealth of Egypt and Mesopotamia discoveries, Palestine has proven in a sense the most avaricious. But what has been found is still of exceptional interest.

Several inscriptions, his oyster (shards of vases) or on a stone stele, they revealed to us the writing of the era of the monarchy, which was of the Phoenician type. In this regard, we recall the Gezer Calendar, the Stele of Moab, the Ostraka of Samaria and Lakis, the Inscription of Siloe in the, Hezekiah's gallery. Several of these texts have precise references, with characters described in the Bible.

Excavations in the Canaanite localities have brought to light traces of civil constructions, along with temples, altars, idols and votive statuettes, which well illustrate the devotion to the divinities of Baal and Astarte mentioned in the Old Testament. Hydraulic engineering works (galleries of Megiddo and Hazor, Hezekiah's gallery in Jerusalem) show the exceptional skill of the workers of the time, who were probably Phoenician.

Excavations in Samaria have revealed architectural structures related to places and events described in the Bible; in addition, splendid finely engraved ivory fragments emerged from the remains of the royal palace, that shed light on the expression “ivory palaces” used by the prophets.

Research has recently been carried out in Jerusalem in the ofel area, south of the Temple esplanade, and the areas of the old city were also explored, taking advantage of the destruction caused by the bombing of the “six day war”. Thus sections of the walls from the time of the Kings of Judah have been brought to light.

Everyone is also aware of the exceptional discoveries of the “Dead Sea Scrolls”, made from 1947, whose worldwide resonance has clouded every other discovery in the Holy Land.

Then there is the whole vast field of research connected with the events of the time of Jesus and the Apostles. Many of the grandiose buildings erected by Herod the Great have been investigated and brought to light (Aqueduct and Port of Caesarea, Herodium, Royal Palace on the hill of Masada). An inscription containing the prohibition for Gentiles to cross the threshold of the Holy Place was saved from the total destruction of the Temple of Jerusalem.

In Caesarea a stone was found with the name of the Roman procurator of Judea Pontius Pilate.

30 August 2015
The comparison of manuscripts and ancient versions shows us that the text of the Bible, transcription transcript, It has come down to us substantially intact, but with numerous variations…