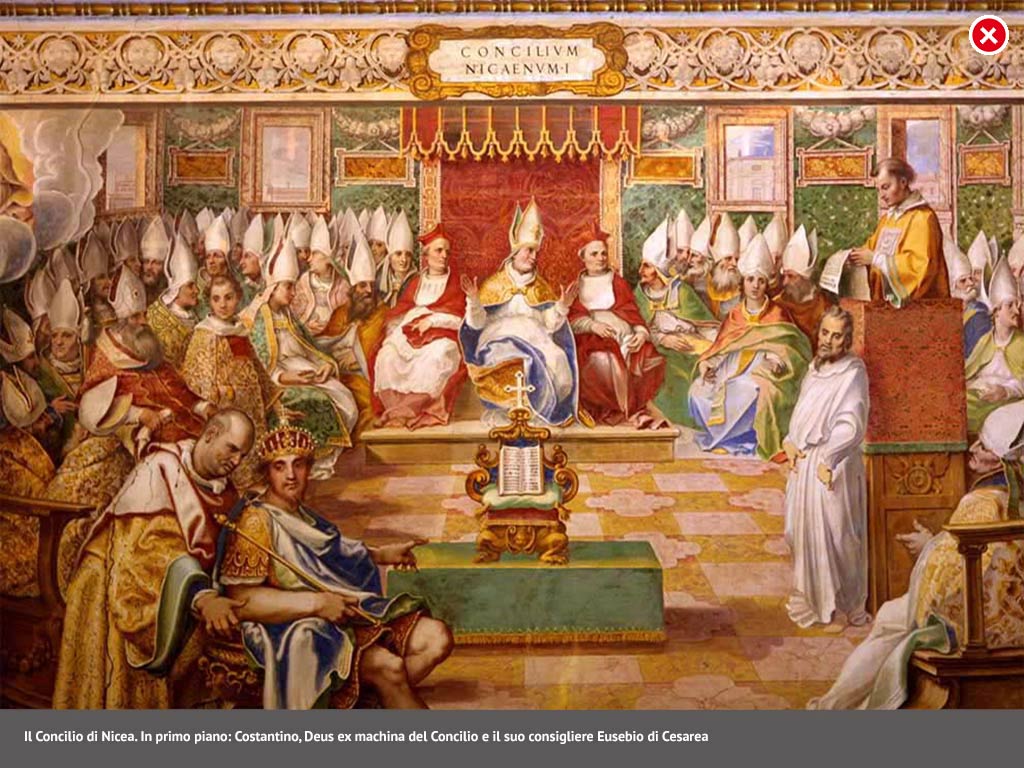 The ecumenical council is a conference of bishops from the entire Christian Church convened to discuss and resolve issues of Church doctrine. The word comes from the Greek language “Universe“, which literally means “the inhabited world”, first subjected to the Roman Empire and subsequently extended to apply to the world in general.

Because of the schisms, the acceptance of these advice varies widely between the different branches of Christianity. The churches gradually separated over time when they did not agree with the doctrines formulated in the various councils. The Eastern Church accepts only the first three councils. Before the Schism between the West and the Eastern Churches the first eight ecumenical councils were held (from the 4 al 9 1st century AD). They accept the first seven as ecumenical, but they differ in the identity of the eighth. While the Orthodox Christian Church does not generally accept other ecumenical synods after the seventh and eighth, the Catholic Church continues to hold Ecumenical Councils for those bishops in full communion with the Pope.

The Council of Jerusalem is recognized by all Christian churches, except the anti-Trinitarian ones.

This and all the advice that follows is rejected by Eastern Orthodoxy and the Anglican and Lutheran Churches.

Councils of the Roman Catholic Church

The Anti-Trinitarian Churches: they do not accept any Council

Neither the first nor the subsequent councils are recognized by the anti-Trinitarian churches: Unitary, Latter-day Saints, Mormon sayings, and Jehovah's Witnesses, Etc. The leadership of some groups, like Jehovah's Witnesses and Mormons it claims divine authority to lead the Church today and sees in ecumenical councils man's misleading attempts to establish divine doctrine.

The five points of Calvinism

Paolo, the last apostle, and his travels

THE Christianity as a political power

29 August 2015
One can not approach the Bible in various ways. The best would be to study a book at a time. However have taken into account some important factors that, if properly applied,…

27 May 2015
The question we must ask ourselves is how can we be sure that the Bible is God's Word, and not a good book? What is the one thing in the Bible that distinguishes it from all other books…
Prev Next 1 of 28

You Protestants are not the true church

That religion is a religion that protest?

26 June 2015
All, someday, they have to deal with their own suffering or that of those close to them. Here then is the laceration: everything collapses. And the question arises: "Why?»And above all« Why a…