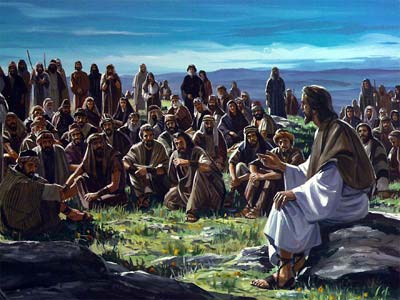 Then, if someone tells you: “The Christ here he is, There he is “, do not believe it; for false Christs and false prophets will arise and do signs and wonders to seduce, if it were possible, even the elect. I will, be careful; I have foretold everything to you. (Marco 13:22-23)

Dear, do not believe every spirit, but try the spirits whether they are of God:; because many false prophets have arisen in the world. (1Giovanni 4:1)

No wonder it is, for Satan himself is transformed into an angel of light. It is not surprising, then, if his servants masquerade as servants of righteousness; their end will be according to their works. (2Corinthians 11:14-15)

… but many, they believe more in spirits and seem not to care.

The coming of the lawless one will be, after the working of Satan, with all sorts of miracles, and signs and lying wonders, with all kinds of deception and unrighteousness in them that perish; because they received not the love of the truth to be saved. Therefore God shall send them strong delusion, that they should believe a lie; so that all those who believed not the truth, but had pleasure in unrighteousness , they are judged. (2Tessalonicesi 2:9-12)

Strangely, very few Christians are aware of the purpose of this deception. Many argue that the apparition must come from God, while others don't realize what's going on. Even on those who realize that the apparitions are demonic phenomena, rimane sempre un velo spirituale che nasconde loro l’enormità di questo inganno, characteristic of recent times. Also the fact that the true nature of the Queen of Heaven does not come to light until the last moment, era già stato previsto da Dio.

E’ It is interesting to note that many are not even aware of the importance of the events related to the Marian apparitions. Even stranger is that many Christians, while biblically prepared, seem to ignore what these apparitions do. Yet God foresaw it. He predicted that la malvagità della Signora sarebbe rimasta nascosta fino alla fine. La stessa apparizione di Maria ha annunciato che la sua presenza non si svelerà al mondo fino ad un tempo designato:

The Father wants the world to recognize this rank of His servant… My sign is emerging, God wills it so. Only my children recognize it, as it reveals itself in secrecy, and they praise the Lord for it. Today I cannot reveal my power to the whole world. I have to retire with my children. I will work miracles on souls in secret, fino a che il numero dei sacrifici sarà completo… Then I can reveal myself to the whole world.

In our day it has begun to reveal its power to the whole world, therefore according to the Bible ours is the epoch of the last times. We are grateful to God that He promised us to expose her and deliver His people. Egli rivelerà la sua autentica natura, saving those who call on His name in truth.

Maria, or the Apparition, and idolatry

Maria, or the Apparition, and idolatry

15 March 2021
question: "What the Bible says about tattoos?" Answer: Tattoos are more popular than ever in many parts of the world. The number of people with tattoos has increased dramatically in recent years. I…