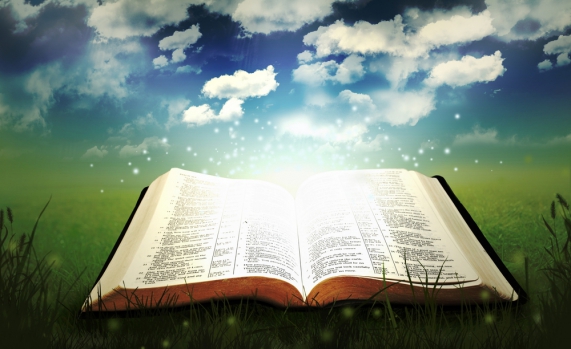 The Bible is very honest. Talk of Jacob, the father of her “chosen people”, as a deceiver. It describes Moses, which gave the law 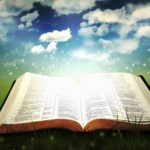 e, as a reluctant and unsure leader, is that, in his first attempt to help his people, killed a man and then fled into the desert. Tell about Davide, not just as a king, general and spiritual leader of Israel, but also as one who took another's wife and then, to cover up his sin, conspired to have her husband killed. At one point, the scriptures accuse God's people, the nation of Israel, of being so evil that Sodom and Gomorrah are good in comparison (Ezekiel 16:46-52). The Bible represents human nature as hostile to God. It predicts a future full of troubles. It teaches that the way to heaven is narrow and that the way to hell is wide. The scriptures are clearly not written for those who want simple answers, or an easy and optimistic view of religion and human nature.

While the modern state of Israel was born after thousands of years of dispersion, a Bedouin shepherd discovered one of the most important archaeological treasures. In a cave in the northwestern part of the Dead Sea, a broken vase yielded documents that had been hidden for two millennia. Other discoveries produced manuscripts dating back to 1000 years before the copies which were the oldest known previously. One of the most important was a copy of Isaiah. He revealed a document that is basically the same as the book of Isaiah that appears in our Bibles. The Dead Sea Scrolls discredited claims from those who believed the original Bible had been lost and tampered with.

3. Her statements about herself

It is important to know what the Bible says about itself. If the writers of the Scriptures did not believe they were speaking for God, it would be presumptuous of us to believe so of them. We would also have a different problem. We would have a collection of unsolved mysteries, included in historical and ethical literature, but we would not have a book that has inspired the construction of thousands of churches and synagogues around the world. A Bible that does not claim to speak for God could not be the foundation of the faith of myriads of Christians and Jews (2Pietro 1:16-21). But with a lot of evidence and many arguments, Bible writers claimed to have been inspired by God. As millions have entrusted their present and their future to these affirmations, the Bible cannot be a 'good book’ if its writers have always lied about the source of their information and deceived their readers.

Israel's exodus from Egypt provides a historical basis for believing that God revealed himself to Israel. If the Red Sea wasn't divided like Moses said it had happened, the Old Testament would lose its authority to speak from God. The New Testament equally depends on miracles. If Jesus hadn't risen from the dead, the apostle Paul admitted that the Christian faith would be built on a lie (1Corinthians 15:14-17). To prove its credibility, the New Testament named its witnesses, and he did so at a time that made it possible to control these claims (1Corinthians 15:1-8). Many of the witnesses were martyred, not out of abstract beliefs of morality or spirituality, but for their claim that Jesus had risen from the dead. While martyrdom is not unusual, what is important is the basis of what these people gave their lives for. Many die for what they believe to be the truth. But people don't die for what they know to be a lie.

40 different writers wrote the books of the Bible over a period of about 1600 years. 400 years of silence separate the books of the Old Testament from those of the New Testament. and yet, from Genesis to Revelation, all the writers and all the books tell a single story, that as it develops. Together, give consistent answers to the most important questions we can ask: Why we are there? How can we face our fears? How can we live in peace with others? How can we rise above our circumstances and keep hope alive? How can we make peace with our Creator? The Bible's constant answers to these questions show that the Scriptures are not many books, but only one.

6. Its historical and geographical accuracy

In the past, many have doubted the historical and geographical accuracy of the Bible. But, Modern archeologists have repeatedly found evidence of the people, of the places and societies mentioned in the Scriptures. Several times, the descriptions in the biblical account proved more reliable than the speculations of scholars. The modern visitor to the museums and countries of the Bible cannot fail to be impressed by the geographical and historical background of the biblical text that really existed..

7. His approval from Christ

Many have spoken well of the Bible, but no approval is as strong as that of Jesus of Nazareth. He recommended the Bible not only with his words, but also with his life. In moments of personal temptation, of public teaching and personal suffering, made it clear that he believed the Old Testament was more than a national tradition (Matteo 4:1-11; 5:17-19). He believed that the Bible was a book about himself. To the Jews he said, “You investigate the scriptures, because you think you have eternal life through them, and they are the ones who testify of me; yet you don't want to come to me for life!” (Giovanni 5:39-40).

Since the time of Moses, the Bible foretold events that no one wanted to believe. Before Israel entered the promised land, Moses foretold that Israel would be unfaithful, that he would lose the land that God gave him, which would be dispersed all over the world, collected and then restored (Deuteronomy 28-31). Central to the Old Testament prophecies was the promise of a Messiah who would save God's people from their sins and then bring judgment and peace to the whole world.

The books of Moses were written 500 years before the first Hindu scriptures. Moses wrote the book of the Genesis 2000 years before Muhammad wrote the Quran. Throughout this period, no book has been so loved and so hated as the Bible. No other books have been bought, studied and quoted as much as the Bible. While millions of other books are printed and forgotten, the Bible is still the book by which others are measured. Although it is neglected by those who do not like its teaching, the Bible is still today the fundamental book of Western civilization – even if it is actually a book from the Middle East.

10. Its power to change lives

Throughout history, there have been people that the Bible has changed. The Ten Commandments have been a source of moral guidance for millions of people. The Psalms of David have comforted in times of trouble and loss. Jesus' Sermon on the Mount has given many the antidote to pride and legalism. Paul's description of love in 1Corinthians 13 has softened angry hearts. The changed lives of people like the apostle Paul, St. Augustine, Martin Luther, John Newton and Lev Tolstoy illustrate the difference the Bible can make. Even entire nations and tribes, like the Celts of Ireland, the Vikings of Norway, or the Auca Indians of Ecuador, they have been transformed by the Word of God and the one life and meaning of Jesus Christ.

The problem of the origin of life

From Adam and Eve to the procreation of the human race

Jesus the son of man

You can lose your salvation?

What do you think of blessings given in pairs…

Paul in his letter to the Galatians 6:17: the scars are…

13 May 2015
Marriage was not instituted by man, but by God himself, since the first man He created on earth. In fact we see that, after God created the sky, the earth and all the animals, he created…