God hardens the hearts of those who have hardened themselves? 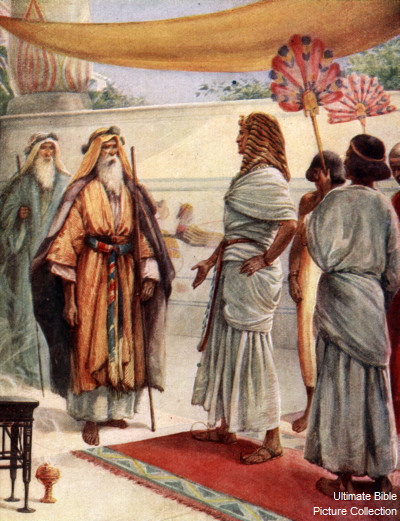 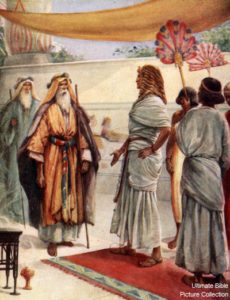 According to Armenian, defenders of free will, God harden the hearts of those who, by choice, do not accept. Things are really so?

First, it makes no sense logically say "God hardens whom hardens by itself" because those who hardens alone is not accepting God, He would not need to be hardened further by God!

Second, in the Bible we find that God is to harden the hearts of the people according to His will so that they do not know the Truth.

But I will harden Pharaoh's heart and I multiply my signs and my wonders in the land of Egypt. Pharaoh will not listen, and I will lay my hand on Egypt; I will make out of the land of Egypt mine armies, my people, the Israelites, by great acts of judgment. Exodus 7:3-4

Ma Sicon, re di Heshbon, would not let us pass through his country, because the LORD, your God, He had hardened his spirit and made his heart obstinate, to put it in your hands, Today as you can see. Deuteronomy 2:30

«He has blinded their eyes and hardened their hearts, so that they see with their eyes, and understand with their heart, and turn back, and I should heal them ". Giovanni 12:40

So then he has mercy on whom He wills and It hardens those who want. Romans 9:18

Israel was deliberately hardened by God to extend salvation to the Gentiles:

What then? What Israel seeks, It not got it; while they got the elect; e the rest were hardened, as it is written: «God gave them a spirit of stupor, eyes not to see and ears to hear, to this day». Romans 11:7-8

I tell: perhaps because they have stumbled fall? Certainly not! But because of their trespass salvation has come to foreigners to provoke them to jealousy. Romans 11:11

As regards the gospel, they are enemies for your sake; but with regard to the election, they are loved because of their fathers; because the gifts and calling of God they are irrevocable. As in the past you have been disobedient to God, and now you have received mercy because of their disobedience, so they have these also now not believed, so that, for the mercy shown to you, also obtain mercy. For God has consigned all to disobedience, have mercy on all. Romans 11:28-32

How to explain, then the next step?

The coming of the lawless one will be, after the working of Satan, with all sorts of miracles, and signs and lying wonders, with all kinds of deception and unrighteousness in them that perish; because they received not the love of the truth to be saved. Therefore God shall send them strong delusion, that they should believe a lie; so that all those who believed not the truth, but had pleasure in unrighteousness, they are judged. 2Tessalonicesi 2:9-12

Because "they received not the love of the truth to be saved?"The defenders of human free will explain this verse saying that the men were not to open the heart and for this cause God shall send them strong delusion, that they may believe a lie:. But this bad performance does not account for many other passages of Scripture to the contrary, where God is sovereign and chooses whom to harden.

What sense would say "Oh thou hast hardened alone and do not believe me, then I send you a delusion, to make you believe the lie "? If you are already hardened you are already in a lie, because you have faith and do not know the Truth. The not "having open heart" is just a result hardening which operated God in the hearts of these individuals and not the cause. The consequence of hardening of God is that they believe the wicked and the opponent's spirits. E Dio, who it is in control and allows it to happen all that has established, according to his divine plans.

Third, Grace Grace means, that is, God chooses and gives faith and, Consequently, the grace. He softens our heart and removes the veil from the eyes to be capable of receiving it! That would grace if he needs our approval? Does God need our approval? Faith is a gift of God and a gift should not be asked, and a gift when you receive it do not shoot back, then salvation is not lost:

For by grace you have been saved, by fede; and that not of yourselves:; it is the gift of God. It is not by works, lest any man should boast Ephesians 2:8-9

According to the Apostle Paul's faith it is a gift of God and not by works,, but you get free from God. Now, if we say that we are to accept this faith, we are saying that salvation is by works, as our work / action / skill would be to be so good spiritually saying Yup to this gift of God. But if we are good spiritually by those who depend? And 'God has taken away the veil! it is not our work or skill. But you can never refuse a gift from God? You may possibly reject the faith when God has opened our eyes and softened the heart? Of course not! Maria could perhaps say NO to the angel who announced she is pregnant of the Holy Spirit? God need to get our consent or does as he pleases? How can we deny a truth that once we have ascertained? It will never go back but we proceed forward only. So we do not even deserve this, We only received the grace of God and we thank him immensely for having elected to salvation.

But we must always thank God for you, brothers loved by the Lord, because God from the beginning there has chosen you to salvation through sanctification of the Spirit and belief in the truth. 2Tessalonicesi 2:13

It makes no sense to say "God hardens whom has set itself" then. Those who deny this biblical truth, not only he is doing bad theology trying to scrambling to restore accounts that do not add up, but it is also diminishing the sovereignty of God, and this is a sin! With God we meet not halfway, we are all under sin, spiritually dead, and unable to find their own way even half, is he himself who comes to us, He takes us and leads us in His Kingdom.

31 August 2015
The Tyndale Bible was the first modern English Bible. William Tyndale was an Oxford graduate priest, still a student at Cambridge when Martin Luther posted his theses in Wittenberg. In 1523,…
Prev Next 1 of 28

6 November 2015
Several are people's attitudes towards other of different religions. "THERE IS ONLY ONE GOD AND MINE" Most people firmly believe in the absolute truth of…