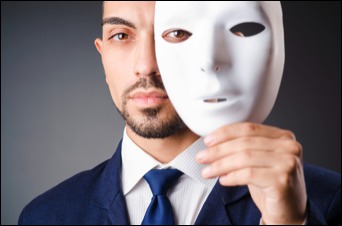 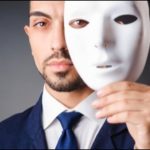 One of the classic pretexts people use to refuse to embrace Christianity is about presence, in the past as in the present, of the so-called "hypocrites" in the church. People are relieved to look at past misdeeds, perpetrated in the name of Christ, as it was for example at the time of the Spanish Inquisition. There are also current cases of preachers, of deacons or religious leaders who have been caught in alcoholism, in adultery or in other forms of life inconsistent with what they say they believe. This type of behavior has led many to claim: “If this is Christianity, I don't want to have anything to do with it!»

It must be admitted that there has been a lot of hypocrisy in the church, both in Catholic and Protestant, and even today not all communities are exempt from it. In the ancient Greek comedy, the hypocrite was an actor, that is, a character who pretended assuming a false appearance and character. however, the fact that there are some hypocrites in the church it does not mean that all Christians should be considered as such. In fact, if it is true that cases of hypocrisy can be identified in the church, it is equally true that numerous examples can be pointed out of people who lead a life that is consistent with the teaching of Christ. However, we must be careful not to confuse hypocrisy with sin. All Christians are sinners, but not all are hypocrites. There is a distorted concept linked to the idea that a Christian must be a person who never sins; the truth is that, to be able to define themselves as Christians, we must first admit that we are sinners (1 Giovanni 1:5-2:2).

All believers, including shepherds (ministers of worship) they are fallible human beings, potentially capable of committing any kind of sin. But the fact that a person is not perfect, it does not necessarily mean that it is false. The distinction between the two is fundamental. The failures of individual believers do not nullify the truth of Christianity.

Jesus Christ had very harsh words for those who committed the sin of hypocrisy, especially for the religious leaders of the time, that I will unmask in no uncertain terms.

«Woe to you, doctors of the law and hypocritical Pharisees, that you are ready to travel over land and sea to buy one convert and then make him more wicked than you!» (Matteo 23:15).

There may be people who aspire to the ministry with wrong motives, and harm the church by their conduct. Whoever behaves in this way sins, and the Bible is very clear about it. Christianity it cannot stand or crumble due to the way some Christians have acted throughout history, or they still act today. It it is based on the person of Jesus who certainly was not a hypocrite, indeed it was so consistent with his teaching that, at the end of your life, he challenged those who had lived with him day and night for over three years to accuse him, if it was possible, of any form of hypocrisy.

The disciples had to keep quiet because none could be traced. Since Christianity is founded on Jesus, it is foolish to try to frustrate the Christian faith by highlighting the injustices done by some pseudo-Christians.

The unbeliever should not refuse to believe in Jesus just because he has met people who claim to be what they are not, just as the self-righteous Christian cannot justify himself by saying that no one is perfect, since hypocrisy causes unpleasant effects. Here is a typical example of this way of thinking. Let's imagine that the president of a large auto industry tells his friends about a certain type of car from his company, insisting that this car is the best on the market and that everyone should experience driving it. Later, you will see this man driving the latest car model made by another car manufacturer. What a hypocrite, they will say. If what he said were true, he would surely have driven the car he was talking about. This is probably true. But the fact that he is a hypocrite does not invalidate the claim that his car is the best on the market. Others, if anything, are the parameters to be taken into consideration.

The same is true of Christianity. There may be people, even gods “senior executives”, who exalt Christianity but then lead a life inconsistent with what they claim, in other words "they preach well and scratch badly"; however, this does not necessarily mean that Christianity is false.

The Earth's magnetic field: a final clarification in favor of his young age

The Christian faith is based on emotion or reason?

29 August 2015
The biblical canon is a list or set of books included in the Bible and believed to be authoritative and inspired by God. The term itself was coined by Christians, but the idea is present in the sources…

Predestination is the Biblical?

8 June 2015
In one word? No! There are times when it is acceptable for a Christian to live what we euphemistically call "indignation". But what is it that makes our anger right? Jesus also did…