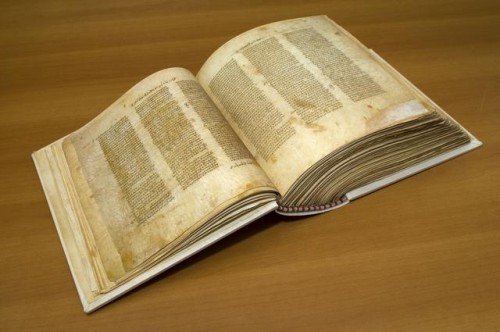 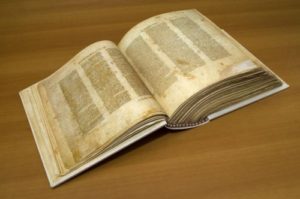 The term apocryphal is a transliteration of the Greek απόκρυφος (aπό = da + κρύπτω = hide), indicating “what is kept hidden”, “what is kept away (from use)”. In current usage, the word commonly refers to the Judeo-Christian tradition, within which it was coined. In it with 'apocryphal’ it means a non-canonical text, that is, not included in the list of sacred books of the Bible deemed inspired and therefore not used at the doctrinal level .

How do you determine if a book is inspired or not?

The Jewish canon, or the Hebrew Bible, it was universally received by Jews and Protestants for the Old Testament, while the Catholics added other books over the years, which they call deuterocanonicals, that is, they consider them inspired but “not too much”, a middle ground between canonical and apocryphal. According to logic, however, either a book is inspired by God or not. The reason why the Catholic Church has added these books over time, despite the church fathers disagree, it is to justify the anti-biblical doctrines of purgatory, prayer to the dead and the concept of sin with works.

Listed below are the reasons why the Apocrypha are not inspired:

The day after, when it had become necessary, the men of Judah went to collect the corpses to lay them with their relatives in the family tombs. But they found under the tunic of each dead objects sacred to the idols of Jamnia, which the law forbids the Jews; therefore it was clear to everyone why they had fallen. So everyone, blessing the work of God, just judge who makes occult things clear, they resorted to prayer, pleading that the sin committed be fully forgiven. The noble Judas exhorted all those of the people to keep themselves sinless, having seen with their own eyes what had happened for the sin of the fallen. Then made a collection, with a lot each, for about two thousand drachmas of silver, he sent them to Jerusalem to be offered an atoning sacrifice, thus acting in a very good and noble way, suggested by the thought of the resurrection. Because if he hadn't had firm faith that the fallen would be resurrected, it would have been superfluous and futile to pray for the dead. But if he considered the magnificent reward reserved for those who fall asleep in death with feelings of pity, his consideration was holy and devoted. So he had the atoning sacrifice offered for the dead, to be absolved from sin. (2Maccabei 12:39-46)

Sin began with woman, because of him we all die. (Ecclesiastical 25:24)

Like a sandy climb for an old man's feet, such a tongue-tied woman for a peaceful man. (Ecclesiastical 25:19)

Shame on a father to have a rude son, if it is a daughter, it is his undoing. (Ecclesiastical 22:3)

And they set the stones on the temple mount in a suitable place until a prophet appeared to decide about them. (1Maccabei 4:46)

There was great tribulation in Israel, as had not been the case since the prophets had disappeared from among them. (1Maccabei 9:27)

That the Jews and the priests had approved that Simon was always their leader and high priest until a faithful prophet arose (1Maccabei 14:41)

"We do not have a multitude of books that are in disharmony and contradict each other (as it happens with the Greeks), but we have only twenty-two books that contain the recollection of the past, and we rightly trust you. Five of them belong to Moses, and contain its laws and traditions from the origin of humanity until its death. This time interval was just under 3000 years; but from the death of Moses to the reign of Artaxerxes, king of Persia, who reigned after Xerxes, the prophets who were after Moses, they wrote what happened in thirteen books. The other books contain hymns to God and precepts for the conduct of human life . . . From Artaserse (sec. V) up to us, everything was written, however these books do not have the same authority with us as the preceding ones, because there was no sure prophetic succession " (Josephus Flavius, Against Apion 1:8)

They discussed the canonicity of some books (eg, Ecclesiastes), but they did not change anything in the Old Testament canon. The books they decided to recognize as canonical were already generally accepted, even though questions had been raised about them. Those who refused to admit had never been entered. They did not remove from the canon the books that had already been admitted. The Jamnia Council was the confirmation of public opinion, not the formation of the canon. (FF Bruce, the books and scrolls [Old Tappan, NJ.: Fleming H. Revell, 1963], p. 98])

The apocrypha are inspired? They really belong to the Bible?

The Catholic Church is particularly interested in the second book of Maccabees because that is what explains its anti-Biblical doctrines.

Catholics recognize 46 books of the Old Testament, rather than i 39 of our Bibles. however, they have added much more material than other books that don't appear under separate titles. Here's what they added:

The only support, meaningful to them, of these books is that they will appear in the Seventies version. however, in many of our Bibles there is a lot of material that is uninspired, including history, poetry, the maps, dictionaries, and other information. This may be the reason for the appearance of this material in the Septuagint. The apocryphals were not, however, in the Hebrew canon.

There are 263 quotes e 370 allusions in the Old Testament in the New Testament and not one of them refers to the apocryphal books.

The Old Testament division of the Jews is a total of 24 books: The books of Moses (51, 14 The first prophets; Joshua, of the Judges, Samuele, of the Kings, the last Prophets (4, Isaiah, Geremia, Ezekiel , i 12 minor prophets), and i Salmi, Proverbs, Job, Song of Songs. Ruth, Lamentations, Ecclesiastes, Ester, Daniele, Ezra-Nehemiah, Chronicles. These books contain all the material of our numbering which is di 39 books.

Josephus Flavius clearly distinguishes between books written before and after Artaxerxes. In the apocryphal books we find many inaccuracies and historical errors. This unquestionably eliminates most of the apocryphals, especially the Maccabees.

The apocryphal also denies any concept of inspiration. Referring to the events in Maccabees, the author makes these statements:

In fact, seeing the mass of numbers and the actual difficulty for those who wish to advance into historical narratives, due to the vastness of the matter, we are concerned with offering delight to those who love to read, ease to those who intend to keep in memory, useful to all possible readers. For us sure, that we have undertaken the effort of sunbathing, the undertaking does not appear easy: it will take sweats and vigils, just as it is not easy to prepare a banquet and satisfy the needs of others; however, to please many, it will be easy to endure fatigue, leaving the author the complete exposure of the details, soonoci instead of proceeding according to the schemes of a summary. Indeed, as in a new house, the architect has to think about the whole construction, while whoever is in charge of fire and fresco painting must take care only of the decoration, so, I think, it's for us. Entering into the subject and reviewing the facts and insinuating themselves into details, it is up to the creator of the historical work; take care of the summary of the exhibition and leave out the complements of the historical narrative, it is reserved for those who do compendium work. From here, therefore, we will begin the narration, without adding anything to what we said in the preface: it would certainly be naive to abound in the preambles and then shorten the historical narrative. (2Maccabei 2:24-32).

Furthermore, the author does not say, nor does it ever make you understand, that his writing is inspired but concludes it as a literary work, as opposed to the rest of the books of the Bible accepted as inspired:

“… I also here make an end of my tale. Which if I did well, and how it is right that history, that's what I wanted, but if not so perfectly, that must be forgiven me. As much as it is always painful to drink wine or water always, pleasant to use, but sometimes the one, and sometimes others, so if the speech is always well framed, will not be grateful to readers … ” If the arrangement of the facts is successful written well and well composed, was what I wanted; if, on the other hand, it was of little value and mediocre, this is the only thing I could do. How drinking only wine and drinking only water is harmful and vice versa how wine mixed with water is sweet and gives delicious pleasure, so the art of arranging the subject well delights the ears of those who happen to read the composition. And here is the end ».(2Maccabei 15:38-39).

This is a strange contrast to passages from the New Testament:

“Now, we have not received the spirit of the world, but the Spirit of God to know all that God has given us. We talk about these things, not with a language suggested by human wisdom, but taught by the Spirit, expressing spiritual things in spiritual terms.”(1Corinthians 2:12-13).

What the Catholics say instead?

The Jews never accepted the apocrypha as part of the Old Testament canon.

False. The New Testament canon has been established since the first century. It is a Catholic myth that they gave the Bible to the world!

Apocrypha do not belong to the Bible because they are not inspired.

17 July 2015
The following are some of the prophecies in the Holy Scriptures, concerning the Messiah. All these prophecies have been fulfilled in Jesus (Y'shua) Nazareth, the Christ. We invite you to…

30 August 2015
The Alexandria code or code to contain AT and NT with gaps. In the NT the Gospel of Matthew was almost completely lost. The manuscript is of varied quality, depending on the books, that they were…
Prev Next 1 of 28

13 December 2015
Stephen Gola, teacher of biblical subjects and preacher in the United States (Grace Centered Magazine), asserts: When I realized how clear the Bible was about women in…