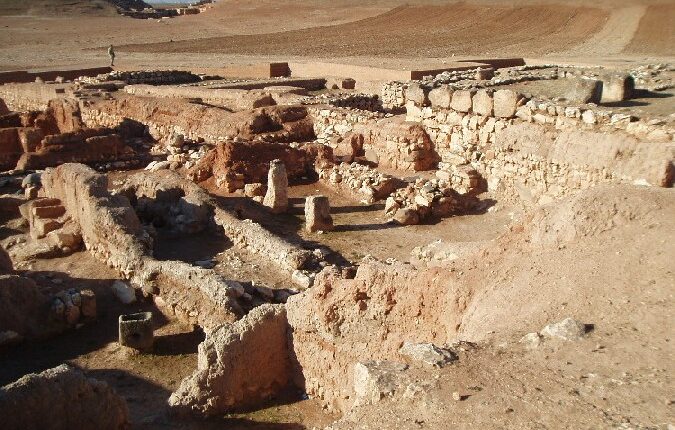 Archaeology is the study of the remains of ancient civilizations. The first archaeological excavations were carried out in a rather “crafts” in order to discover buried treasure. Today we are driven by the desire to better understand the customs of the peoples of the past and using the most modern scientific methods. The Middle East, land full of almost uninterrupted history, it is no coincidence that the area favored by archaeologists.

It is important to note that archeology can only inform us about the succession of the cultural developments, but did not provide an exact timeline. History, instead, introduces us to the history, the facts, people and places.

One of the contributions of archeology in the last hundred years has been to confirm important events of Biblical history. A good example concerns the cities of Sodom and Gomorrah. For years these two cities were considered mythological inventions, but recent excavations made in Tell Mardikh (una volta chance), They have unearthed an archive of 15.000 clay tablets, in some of which are mentioned Sodom e Gomorrah.

More recent archaeological discoveries have confirmed the existence of a king named Belsatsar and a king named Sargon, the existence of the vast empire Hittite and the accuracy of the historical references of the facts narrated in the book of Acts. So far the archaeological discoveries have always maintained the biblical story, none has ever been refuted or contradicted.

While archeology can confirm the historical aspect of the Bible and illuminate the cultural contexts, it is also important to emphasize that it can not prove that the Bible is the Word of God. Currently archeology, science in development, It has not yet provided all the answers; but already considerably contributed to establishing the historicity of many biblical passages.

It can not be stressed enough the importance of the accuracy of the historical context in the Bible. Christianity is a historical faith founded on the concept of a God entered history with a series of powerful actions. Although the miracles recorded in Sacred Scripture, because of their nature, not they can be tested or scientifically studied, But it is possible to investigate historically people, places and events.

So if it turns out that the biblical authors have presented the historical facts inaccurately, He would have reason to doubt the reliability of their accounts even in other contexts unverifiable.

But the reverse is also true argument. If the authors of the Bible were faithful in reporting historical events, They can not be automatically considered non-credible, just because they also reported events that are out of ordinariness.

22 February 2015
"Likewise even, the Spirit helps us in our weakness, because we do not know how to pray as we ought:; but the Spirit himself intercedes for us with groans that words:» (Romans 8, 26) With…