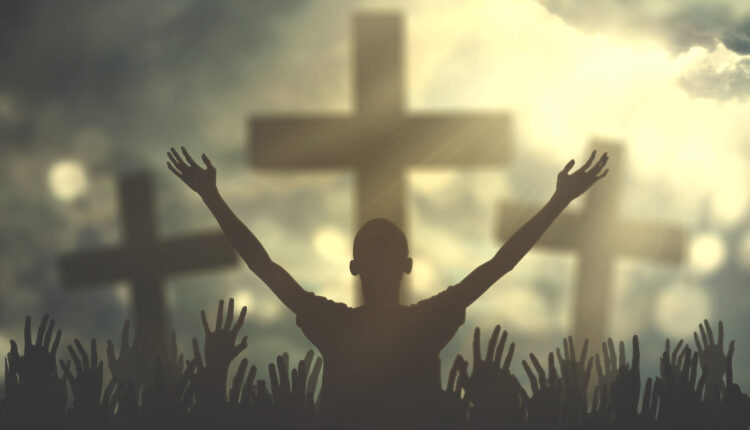 Many skepticsi think christianity is for people who don't want to reflect and reason. Christians are often considered people who believe a all that comes their said by the Church. Faith is considered like something in which you believe blindly without prove e support scientific. however, this their point of view does not represent absolutely the biblical Christianity. Unlike of how skeptical they believe, Christians know that the Bible challenges its readers to a test for come to a reasonable conclusion. There are certainly of those Christians who believe blindly without asking logical questions (like many Catholics who follow the establishment of the Roman Catholic Church), and some cults (come Mormons or Jehovah's Witnesses) which teach that V.erity can be known through prayer. These teachings non I'm those we find in the Bible and often lead toll’deception, making such individuals sensitive to conversion ai cults o alle sette.

examine everything and hold good (1 Tessalonicesi 5:21)

What does the Bible teach?

CoContrary to what many atheists do they think, the Bible does not pushes us to a blind faith. In reality, the Bible actually says to believers to put to the try everything. Nobody else text sacred says aits readers of to put to the test what teaches. the Bible CAN HE make such a statement, because it passes the truth test that no one else sacred text can fare. God himself in his revelation ad Isaiah stated: “Come now, and we think together …” It gave, the Creator of human beings and human reasoning skills want that our intellect to understand his plan of salvation. How do you determine if the Bible is true? Si try and see if it is reasonable. The Tolmo 19 tells us that the universe “ declares the glory of God” and that this rumor “goes out gives all the earth”. Actually the universe is like this vast that people are “without excuses” in rejecting God and his plan of salvation.

The Bible encourages people to use their minds. The Bible says that God created humans as well li ha gifted of one mind so that they used it. The Bible says that God will test the mind (as well as hearts) of the people. A of the most important prophecies deChristianity, the prophecy of the New Alliance, comes true inthe coming of the Messiah, Jesus of Nazareth, e describes the changes that It gave opera be in heart than in the minds of those who do they convert and yes transform. The Bible says those who do not believe so, partly, due to deception in their minds. This deception leads to God and hostility to the profanation of their minds and consciences. The mind is also very important in the life of a Christyear. The Christian is encouraged staring at hers “mind the above things”, is also encouragethose to direct the your “mind a know, investigate and seek wisdom and an explanation”. Christians should use their minds in all aspects of life ed “always be ready to give an answerta to all those who ask you skeptical questions about the existence of God and the plan of salvation. We must use our minds to experience the reality of the Holy Spirit, in order to experience His peace. This peace of God, “that surpasses all understanding” guards of both our hearts and our minds. Even the act of worship (let it be prayer chand singing), it should involve both the spirit chand the mind.

The heart of the intelligent man acquires the science, and the ear of the wise seeks it. (Proverbs 18:15)

The Book of Proverbs, in the Old Testament, gives practical advice for living, raise children, e make good choices over those wrong. Many of the verses discuss the importance of acquiring knowledge and wisdom, also the degree of knowledge on the choice of wealth. Faith is of the utmost importance to the Christian. But the Bible does not say to limit belief to faith alone. In reality, it commands us to add moral excellence first then the second knowledge. Daniel, one of the greatest examples of faith, who has had an amazing prayer life, he was also a man of great knowledge and intelligence, and used this ability to testify Nebuchadnezzar, king of Babylon. Solomon, in his prayer to God, he asked for wisdom and knowledge, both of which God has bestowed on him.

Biblical faith is based on knowledge and sound doctrine

God wants believers to be informed, especially as regards their faith. A lack of knowledge leads to apostasy and destruction, as God himself told Hosea: “My people perish for lack of knowledge”. A zeal for God is not enough to please him, since many Jews have this zeal, even if it is out of place because it is “not in line with knowledge”. The Bible urges believers to have faith-based knowledge, built on sound biblical doctrine. When Paul preached the gospel, he did so through reasoning from the scriptures, and not an appeal to blind faith. Paul in his letters told believers to do away with childish thinking and reasoning. Christians are invited to set an example for others in teaching modeling “integrity, the seriousness and solidity of the speech.” The doctor Luca, in his prologue to his Gospel he revealed that he determined the truth through careful investigation:

… it looked good to me too, after having carefully informed of everything from the origin, to write to you in order, illustrious Theophilus, so that you recognize the certainty of the things that you have been taught. (Luca 1:3-4)

What does Jesus teach?

Jesus extended the first of the ten commandments, to love the Lord, not only with our hearts and souls, but also our minds. Jesus almost always taught with parables and examples. He did it specifically for people to think what he was saying. In reality, In many cases, Jesus would be asking people what they thought of what he said. When Jesus was raised from the dead, he explained the scriptures to his disciples and “open their minds”, so they could see how He fulfilled the messianic prophecies.

The Bible teaches rational faith, knowledge based. Christians are encouraged to use their minds in all aspects of life, including our spiritual life – prayer and adoration. God values ​​truth at a high level and wants us to know the truth about his creation, the nature of his being and his writings. Definitely, God wants all men to come to the knowledge of the truth of his salvation through Jesus Christ, so that they can spend eternity with him in the new creation.

The dead see us and listen to us?

25 July 2015
E 'fair to say the "Our father" taught by Jesus? or was it just a model of prayer and not a prayer to be repeated? The Our Father can be recited, as a teaching of Jesus. What…