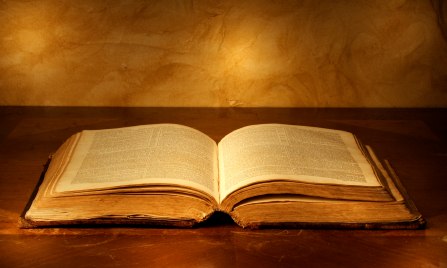 How can you believe the story of the life of Jesus, reported in the New Testament, whereas it was written long after his death?

Many repeat the accusation that the New Testament documents do not contain reliable information, as transcribed many years after the facts they describe. The fact to keep in mind, But, is that those who wrote about the life of Jesus, they were eyewitnesses of the events described, or they gathered the testimony of people who had experienced those events or had seen them happen.

The very content of the Gospel texts shows that they were written a few years after the facts. Take for example the book of Acts, written by Luke as a sequel to his Gospel. As an account of the missionary activity of the early church, the book of Acts was obviously written after the Gospel and ends with Paul's presence in Rome, without mentioning his death. This leads one to believe that the book was written before Paul's death, as is commonly accepted, it occurred during the persecution ordered by Nero in 64 D.C..

If therefore the book of Acts was written before 64 D.C., the Gospel of Luke, of which the book of Acts is the continuation, it must have been written before that date, probably around the end of the fifties or the beginning of the sixties of the first century. Whereas Christ died around the 30 dC., we can conclude that the gospel of Luke was written, at the latest, thirty years after the events described there had occurred.

It also appears that the early Church believed that the Gospel of Matthew was the first to be written, which would bring us even closer to the time of Christ's life. Based on all this, we can conclude that the first three Gospels were written within the thirty years immediately following the occurrence of the facts. During this period, eyewitnesses hostile to Christianity were still alive, that they would surely have contradicted the evangelists if their accounts were not accurate.

This type of evidence prompted the liberal scholar Jolm A.T. Robinson to date the completion of the entire New Testament to around 70 D.C., that is, many years before the dates proposed by other critics. In this context W.F Albright, the great biblical archaeologist, comment:

We can say with certainty that there is no longer a solid basis for dating any book of the New Testament after the year 80 dC..

The only possible exception to this date proposed by Albright are the writings of John. It is in fact probable that John wrote both his Gospel and the Apocalypse on the island of Patmos, during the empire of Domitian, around 95-96 D.C..

Biblical Archaeology: the Code of Hammurabi

9 August 2015
The term apocryphal is a transliteration of the Greek απόκρυφος (by = da + κρύπτω = hide), indicating "what is kept hidden", "what is kept away (from use)". In current usage the…

God hardens the hearts of those who are hardened by…

A Catholic of idolatry or a…

13 June 2015
One of the classic pretexts people use to refuse to embrace Christianity is about presence, in the past as in the present, of the so-called "hypocrites" in the church. To people…