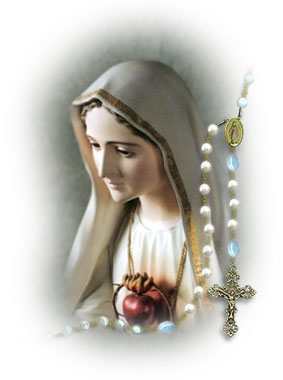 Different forms of the rosary are used for prayer in Roman Catholicism, l'Hinduism, the Buddhism and l’Islam. It may surprise you that some Catholic practices are also found in Hinduism: celibacy of the clergy, separation from the world, the cult of saints, fasts, processions, litany, and the use of holy water. In each of these religions, The Rosary is a string of pearls on a thread or knotted rope. Islam uses 99 beads and Hindus and Buddhists use, respectively 100 e 66 beads. Prayers are repeated and cash following the beads on the string.

The rosary is not used by Jesus, his apostles, or by the early Fathers of the Church. The Roman Catholic Church began using the rosary around 1350 D.C.. Protestants do not use a rosary. Within the Roman Catholic Church, rosary has five set ten beads. Every set of ten beads is calleddecade. Every decade is separated by a large sphere. The prayers are recited differently according to the decade, during which always repeats the same prayer (The usually Ave Maria). The “Our father” It is only acted on the big ball, while “Ave Maria” He prayed for each of the small beads. Every now and then there is the Glory.

Ave Maria, full of grace, the Lord is with thee;. Blessed art thou among women and blessed is the fruit of thy womb Jesus. Santa Maria, Mother of God, Please back sinners, Now and at the hour of our death. Amen. 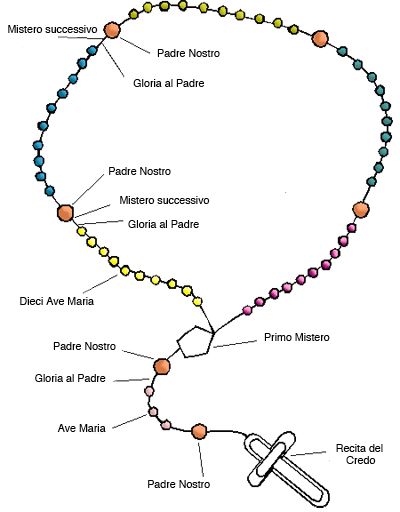 The Roman Catholic Church claims that the Rosary venerates Mary properly because they claim:

Mary was exalted by the grace above all angels and men to a place second only to her Son, like the Most Holy Mother of God, who was involved in the mysteries of Christ: it is rightly honored by a special cult in the Church. Since ancient times the Blessed Virgin has been honored with the title of Mother of God (by the Council of Ephesus at the end of 400 D.C.), in whose protection the faithful take refuge together in prayer in all their perils and needs .

Second Vatican Council, “The cult of beata Vergine in the Church” 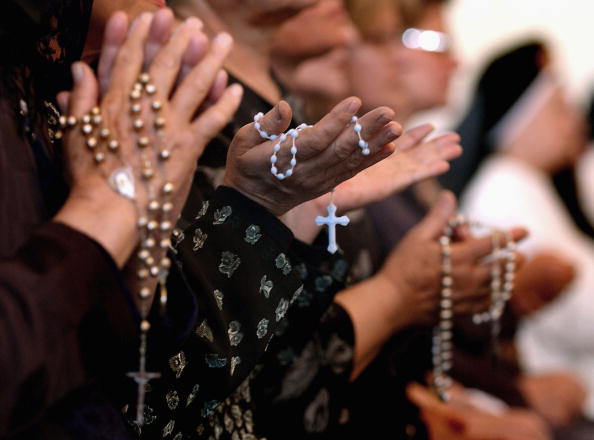 the Gospel. Praying the Rosary, according to them, It means to receive special graces and protection against the evils, including the false teachings. The prayer of the rosary is recited for the partial removal of punishment we deserve for our sins, while we are here on earth. Catholic doctrine teaches that a person can receive the remission of sins accumulated in the time of the rosary, receiving the sacraments of confession, the Eucharist, and offering prayers for the pope.

What do the Scriptures say?

Yet the Bible does not mention it. The figure of Mary in fact does not even appear in the pages of Scripture, after proceedings 1.

The rosary is not mentioned in Scripture, because it is a human invention. It is not God. It does not give us the forgiveness of our sins, relief from pain, or certain thanks, or who gives us the victory over the devil. In reality , God has given us different teachings.

That's what the Bible says:

The rosary is a pagan practice and not a biblical. The rosary can not be found in the Bible. The rosary promises benefits that can not provide. The rosary is a doctrinal error and is a human invention, because God has already given us different teachings and the rosary is not within these, rather, Jesus clearly tells us that prayers are not said by heart (as the Gentiles).

SEI is a Christian, you know that God has forgiven all your sins? If you are a Christian then God holds you holy and you have become from the moment you accepted Jesus Christ and his saving work, from the moment you believed in Him, and you turned to Him in humility to be forgiven of miserable sinner that you are. Since then the Holy Spirit came to dwell in you and you no longer need the forgiveness of sins. You must only commit to walk the ways of God, and although sometimes I had to make mistakes, not fear, Your salvation is not lost, you just have to ask forgiveness from God. Your salvation is always safe if you're a faithful. We are imperfect humans who continue to live in original sin until you pass the Kingdom of Heaven.

For God so loved the world, that He gave His only begotten Son, so thatwhosoever believeth in him should not perish, but have everlasting life. (Giovanni 3:16)

God's promise is simple: if you believe in Him you have eternal life. What are the other inventions of the Catholic Church concerning salvation? They make it so complicated and so uncertain to strike fear in Crisitano that so will continue to need rituals, sacrifices, etc (as they would go on, indeed, no offers for the sacraments, the Mass, suffrage, etc?)

For by grace you have been saved, by fede; and that not of yourselves:; it is the gift of God. It is not by works, lest any man should boast; (Ephesians 2:8-9)

If we needed continually atonement for sins, what gift it would be to God???

Know ye not that ye are the temple of God, and that the Spirit of God dwells in you? If anyone destroys God's temple, God will destroy him, per God's temple is holy, and this is what you are. (1 Corinthians 3:16-17)

I noticed that Christians are the temple of God and that He considers us saints? By God you are already in Paradise. Could a holy go to hell? You're just you who destroy the belief of not being saved! Seen as is the concept of different santo Bible with that given by the Catholic Church (which considers holy just some dead people with special exterior merits? Yet as read above in Ephesians, Jesus says that salvation is not of works, lest any man should boast. We are all equal before Him, There are no hierarchies nor in heaven or on earth among the saints of God).

Jesus has forgiven all your sins past, present and future!!! 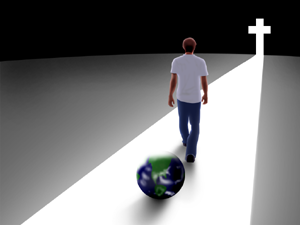 But this does not mean that you are free to sin. A true Christian will not want to sin because it is offensive to Jesus who has already saved us by giving us faith. Indeed, if we sin and do not admit that we have sinned, God will not forgive us . Sin does not lose salvation, but it remains an offense against our Heavenly Father, and we like good children we must strive not to sin, we must give up worldly things and head towards Him.

God forgives us when we confess our sins. Theconfession He is asking God to forgive our sins. God will not forgive us , because we have done some form of penance or suffering in some way in this life. Confession literally means “to admit”. God asks us to humble ourselves, admitting that we are sinners and appointing the sins we have committed. He forgives us because He has promised to forgive us when we confess our sins to him. The men added penance and rosary. Why must I suffer more when Jesus did on the cross for us 2.000 Years ago?

God has cast our sins confessed depths of the sea, and also he puts up a sign saying “prohibited fishing”. – Dwight L. Moody

23 March 2015
Throughout history the New Testament has been copied and re-copied. She has not, by chance, changes immediately? There is a distorted concept regarding the transmission of the biblical text in the…

15 March 2021
question: "The Bible contains errors?"If we read the Bible without prejudice, we will find a coherent book that is easy to understand and interpret. Of course there are difficult passages and verses…
Prev Next 1 of 28